The Knights rule the day at state cross country meet 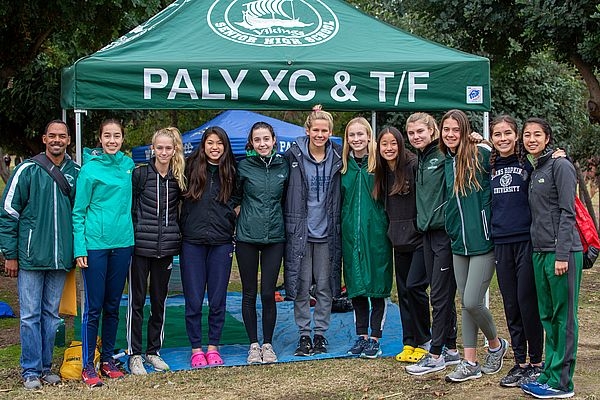 The Palo Alto girls placed eighth in Division I. The top two finishers were freshmen. Photo by Malcolm Slaney. 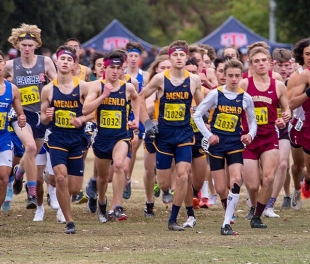 The Menlo boys team is off and running. Photo by Malcolm Slaney.

Like this comment
Posted by Paly Grad
a resident of Leland Manor/Garland Drive
on Dec 1, 2019 at 8:41 pm

Thank you for all of the cross country photos! I have one name correction: Julia Soderbery.

15 people like this
Posted by Jorge Chen Menlo School XCTF
a resident of another community
on Dec 1, 2019 at 11:04 pm

I want to give huge congrats to all PA Weekly local teams especially to Palo Alto (8th in D1) & Castilleja (5th in D5) for their top 10 finishes at State. Not many people know how hard it is to achieve that as CCS divisions are set up in a way that is very tough to to place high at State. Again huge props since I know Coach Michael and Shal who are amazing people as well as coaches. Both their teams are young and I won't be surprised to see them make some more noise in CCS as well as State for years to come. Thank you again for the coverage Rick & Glenn and staff! See you all on the track in the Spring!

*sorry for using another community since I reside in Santa Cruz actually :)

From the owner of LV Mar and La Viga, a Palo Alto restaurant inspired by Mexico City
By Elena Kadvany | 4 comments | 3,810 views

Can you Pay to Reduce your Carbon Footprint?
By Sherry Listgarten | 10 comments | 2,657 views

You Can Help: Scents and Migraines
By Chandrama Anderson | 0 comments | 2,248 views