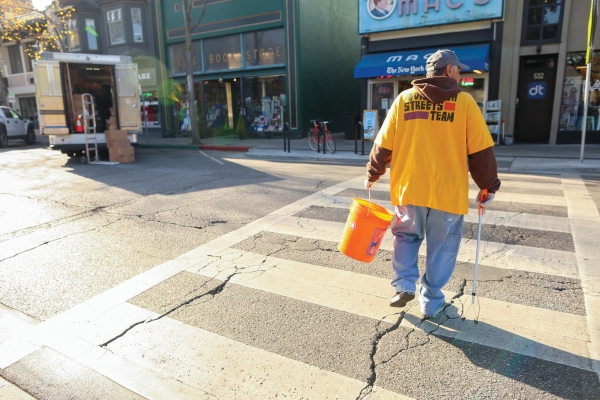 Ruben Michael picks up litter in Palo Alto on Nov. 21 as a member of the Downtown Streets Team. For more than a decade, Michael has worked for the nonprofit cleaning the city's streets and plazas, which he says is his way of "giving back" for the help he's received in his life. Photo by Sammy Dallal. 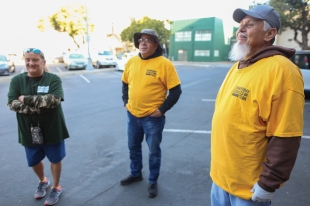 From left, Darlene Berryessa, Shanen Way and Ruben Michael are members of the Downtown Streets Team, a nonprofit that employs and provides services to homeless and at-risk men and women. Photo by Sammy Dallal.

instead of picking up litter which is the responsibility of city, why not create a commercial and residential landscape team that will eliminate the use of leaf blowers and gas powered lawnmowers? by using rakes, brooms and p11ush lawnmowers, noise and air pollution would be greatly reduced and the job less demeaning than picking up cigarette butts and discarded fast food bags. just drop off the team in various neighborhoods on a weekly scheduled basis. the only ones who might have an issue with this concept is the local gardeners association but who cares? they can take their gas powered leaf blowers, hedge trimmers and lawnmowers elsewhere.

Flying: How to lower your impact
By Sherry Listgarten | 19 comments | 3,178 views