A wave of local runners headed to state cross country 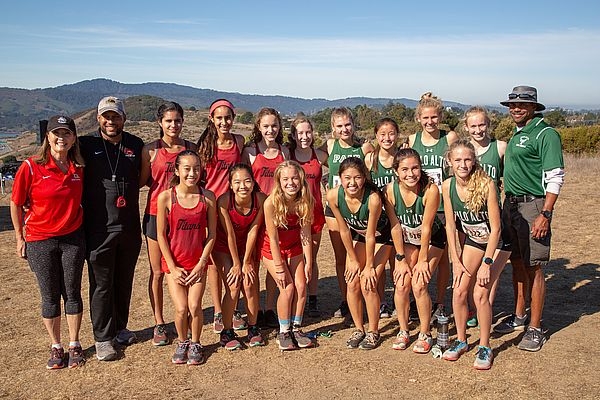 Both the Gunn and Palo Alto girls teams advanced to the state meet on Nov. 30 at Woodward Park in Fresno. Photo by Malcolm Slaney. 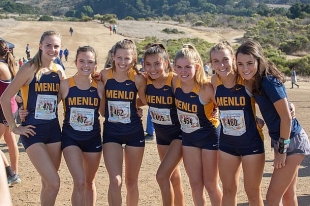 Menlo Girls are the top team in this area, and second in the CCS overall to Saint Francis. Menlo girls are gunning for a podium spot at State. Probably the best Girls team in the area for a long time without their top runner Charlotte Tomkinson. Many of the top CCS runners are part of the Menlo greyhounds who are also extremely successful. Surprised not to see some quotes from the Menlo team.

Congratulations to all the athletes and their coaches!

I know Coach Granville from his G-FIT bootcamp where he's not only trained adults of all ages towards better physical fitness, but also created a truly caring and fun community (and if wish you'd exercise more, this is the group to join!)

So I'm not surprised that he's led the Gunn team to this high level.

Glad to see PALY girls team getting some good publicity- they deserve it as they did post an outstanding team average, beating Menlo School.

Report Objectionable Content
Email Town Square Moderator
10 people like this
Posted by member
a resident of Duveneck/St. Francis
on Nov 21, 2019 at 8:30 pm

Wow! Paly girls beat Menlo by a significant margin, making them the best team in the area. Many of the top CCS runners are among the Paly Vikings, who were extremely successful and will likely continue their dominance at States. Surprised to not see some quotes from the Paly team. The Paly victory is especially impressive considering that the amount of strong newcomers will keep Paly dominant (especially over Menlo) for years to come.