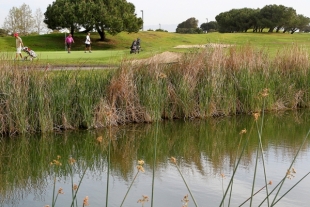 The Palo Alto City Council approved on Nov. 18 a deal with the Santa Clara Valley Water District that would expand usage of recycled water and allow Palo Alto and Mountain View to purchase additional supplies from the water district. File photo by Veronica Weber.

This is a big deal for Palo Alto that sends up to $80 million dollars to our joint waste water treatment plant to produce high quality recycled water and sell additional sewage to Valley Water. Rather than irrigate our lawns and industrial customers using Hetch Hetchy water, we will have an alternative.

It’s a complex deal to consider the possibilities that can happen over the years but at a minimum Palo Alto gets its own high quality recycled water for us and our partners.