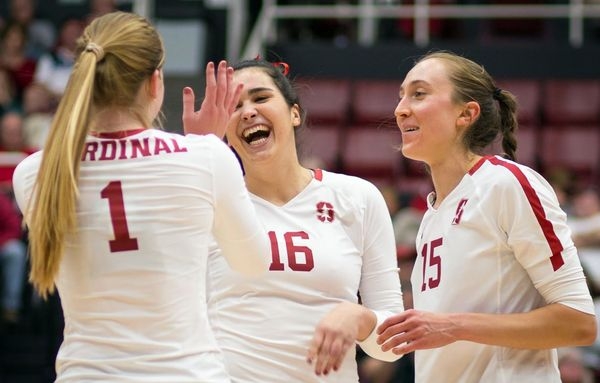 Madeleine Gates (right) matched her season-high with 13 kills and Kathryn Plummer returned to action as a serving specialist. Photo by Erin Chang/ISIPhotos.com.

Flying: How much is enough? It's personal.
By Sherry Listgarten | 7 comments | 1,969 views