Editorial: On the eve of county approval, Stanford withdraws its development application and forfeits years of work. There was a better way. | News | Palo Alto Online |

Editorial: On the eve of county approval, Stanford withdraws its development application and forfeits years of work. There was a better way. 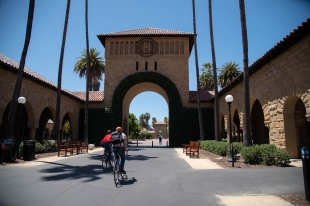 Stanford University's decision last Friday to pull the plug on a plan that would have given it approval to build all 3.5 million square feet of new development it had asked for over the next 25 years is as difficult to understand as the strategy it has followed throughout the last year.

It means that the long and tedious review of its application will eventually need to start anew, since the university cannot proceed with any development once it uses up the remaining 200,000 square feet or so of growth authorized under the 2000 general use permit. Both Stanford and county staff, plus elected officials and the staffs of surrounding communities, have invested enormous time, professional expertise and money that may now need to be largely re-done. That's frustrating for all involved, as well as the public.

Before it returns with a revised application, Stanford must reassess its negotiating and public relations strategies, both of which have hurt, not helped, the university's case. Unless Stanford reconsiders its intransigence over the county's review process it will encounter the same (or worse) public and political opposition and find itself back in the same place. The university cannot simply take a time-out and hope for a change in the political landscape that will make county officials and the public more receptive to its wants. Obtaining approvals for massive development will only become more difficult over time.

That Stanford would be given permission to expand was never in doubt. The entire process, which is now in its fourth year, centered around how the impacts of its desired expansion needed to be mitigated. But from the start, process was a huge issue. The university felt the way to achieve the best outcome was to negotiate the major mitigation requirements in private meetings with county staff.

For months, it repeatedly -- almost obsessively -- sought to move negotiations with the county from the normal public forum to closed-door negotiations. Over and over, the county made clear it would not agree to a process that wasn't transparent to the public and that it would proceed with normal public hearings and decision-making.

Whether it was because it never anticipated such a robust and comprehensive county review of its application or believed it would eventually persuade three supervisors to relent to its insistence on a negotiated development agreement is unclear. For some inexplicable reason, Stanford believed that the county would eventually capitulate to its demands for negotiating a development agreement, in spite of the fact that it could never make a persuasive case for its necessity and didn't have one when the last use permit was approved 20 years ago.

Frustrated, in September Stanford made a shocking ultimatum. It announced that unless the county agreed to negotiate a development agreement it would withdraw its application. Then last Thursday, just five days prior to Tuesday's Board of Supervisors meeting at which Stanford's proposal would have been approved, university representatives made a last ditch effort. They told county officials the university would accept the proposed housing mitigation requirements if the board agreed to suspend the process and direct the staff to negotiate a development agreement over the next four months.

It was a bizarre offer given that the housing mitigation measures are completely within the county's legal authority and an obligation under CEQA, the California Environmental Quality Act, and given that the county has repeatedly made clear it had decided against using a comprehensive development agreement.

The next day, Stanford made good on its threat to withdraw its application.

Successful negotiating requires both parties to understand who has what leverage and to find ways around road blocks. Stanford is usually quite good at this, and the result is more often than not something with which both the university and public are satisfied. The question that has thus far produced no satisfactory answer is why Stanford was so invested in negotiating a development agreement that it was willing to withdraw its application even when approval was days away.

Appropriately, Stanford says it wants to step back and reassess its plans and engage in a new public outreach effort before returning with a new application. We hope and assume it will also include a new, more collaborative and fully transparent approach to negotiating mitigation measures with the county, the cities of southern San Mateo County and the Palo Alto Unified School District. Most importantly, a successful process will depend on repairing the strained relationships between Stanford, county staff and elected officials.

Hulkamania is a registered user.


You can always tell a Stanford man, but not much.

Stanford isn't stupid. They can just spread out on private lands throughout Silicon Valley (and beyond). Just look at what they are doing at Redwood City. I asked an employee based there if they saw any backlash from the locals. They said the locals love it and the campus becomes a dog walking park in the evening. Redwood City has so many other growing pains, that the Stanford campus isn't even on the radar. Similarly, every other city around has room for satellite campuses like that.

Stanford will not suffer from this decision. And they won't have the uncertainty of major shakedowns for this external growth.

7 people like this
Posted by ILoveStanford
a resident of another community
on Nov 8, 2019 at 11:12 am

Hi Stanford, Please consider moving your hospitals and Med school to East Bay/Livermore/Dublin. When the PAns have to travel two hours to get world-class healthcare, they will learn. Most of the PAans are the ones who need the medical care the most. They are sitting in the $50M homes because of Prop13. Get rid of Prop-13 and move Stanford Hospitals out of Palo Alto

Posted by ILoveStanford, a resident of another community

>> Hi Stanford, Please consider moving your hospitals and Med school to East Bay/Livermore/Dublin. When the PAns have to travel two hours to get world-class healthcare, they will learn.

Your mental model of health care is obsolete.

Stanford Children's Health, the not-for-profit "corporation", already is expanding all over the Bay Area. And, IMHO, that is mostly a good thing. No reason why everyone needs to drive to Palo Alto for everything. Here is a convenient map of all the locations. The locations are easy to find. I have stumbled over several just visiting people around the Bay Area.


Does anyone really think that Stanford is not going to go back to the county at some point with a new, but similar proposal?

Report Objectionable Content
Email Town Square Moderator
6 people like this
Posted by Online Name
a resident of Embarcadero Oaks/Leland
on Nov 8, 2019 at 1:19 pm

Report Objectionable Content
Email Town Square Moderator
6 people like this
Posted by John T
a resident of Portola Valley
on Nov 8, 2019 at 1:27 pm

The cynic in me just assumes Stanford is going to wait for Joe Simitian to retire from the county board, then resubmit the same basic proposal. Maybe they will prove me wrong, but I would be surprised.

Report Objectionable Content
Email Town Square Moderator
2 people like this
Posted by Anon
a resident of Another Palo Alto neighborhood
on Nov 8, 2019 at 1:31 pm

Posted by Outsourced Land, a resident of Mountain View
3 hours ago

>> Similarly, every other city around has room for satellite campuses like that.

>> Stanford will not suffer from this decision. And they won't have the uncertainty of major shakedowns for this external growth.

So, it is all good then. Everybody is happy. I'm glad to hear that Stanford has realized that it doesn't need to build everything in one single location.

Report Objectionable Content
Email Town Square Moderator
13 people like this
Posted by Nanny
a resident of Another Palo Alto neighborhood
on Nov 8, 2019 at 1:33 pm

I fully expect joe and all the other Palo Alto big shots to demand that every business in Palo Alto fully mitigates its impacts on the city. That should go for the smallest mom and pop to the biggest companies.
Time to start limiting access to the dish area for non Stanford residents .

Report Objectionable Content
Email Town Square Moderator
2 people like this
Posted by george drysdale
a resident of Professorville
on Nov 9, 2019 at 12:54 pm

Flunk economics and you're in big trouble in Silicon Valley. Trump: degree in economics from Wharton. As I predicted in the Buena Vista blow up Newsome and Chui are in a bonai charge with real property owners and all social studies teachers manning the machine guns. Statewide rent control, a pure disaster. 90% probability Newsome will become a lame duck next year. Real estate investor's srike 90% probability. Rent control in California number one lesson in economics classes 90%. I'll take bets now.

Singapore's oldest cafe was about to open in Palo Alto. Then, the coronavirus hit.
By Elena Kadvany | 2 comments | 5,053 views

A Pragmatic Approach to A Trillion Trees
By Sherry Listgarten | 4 comments | 4,153 views

Repairing a Disagreement with your Beloved & “Physical” vs. “Social” Distancing
By Chandrama Anderson | 2 comments | 2,831 views

The University of California’s flexible policies during COVID-19
By John Raftrey and Lori McCormick | 6 comments | 2,718 views