Thursday a busy night for local volleyball teams in the CCS 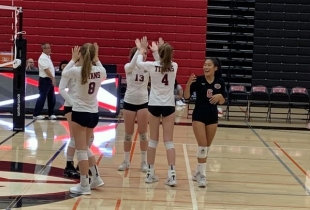