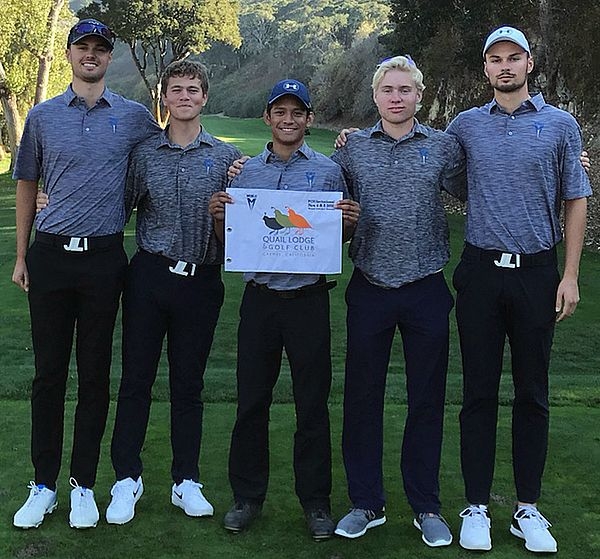 The Menlo men's golf team made up 17 strokes on the final day of the PCH Invitational and earned the team title on a tiebreaker. Photo courtesy of Menlo Athletics. 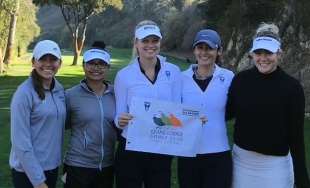