Smoke from massive wildfire leads to Spare the Air alert 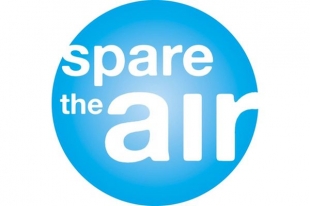 The Bay Area is under its 20th Spare the Air alert on Oct. 24 due to smoke from the Kincaid Fire that is expected to impact the region's air quality. Image courtesy Bay Area Air Quality Management District.

1 person likes this
Posted by Resident
a resident of Another Palo Alto neighborhood
on Oct 24, 2019 at 1:19 pm

Hopefully there will be an abundance of masks available if the smoke gets as bad as it has done a couple of times before.

Masks are easily and cheaply available right now. If you have an unusual sensitivity, why not buy it before you need it?

Report Objectionable Content
Email Town Square Moderator
5 people like this
Posted by C. Walters
a resident of College Terrace
on Oct 24, 2019 at 3:05 pm

Can you Pay to Reduce your Carbon Footprint?
By Sherry Listgarten | 3 comments | 1,416 views