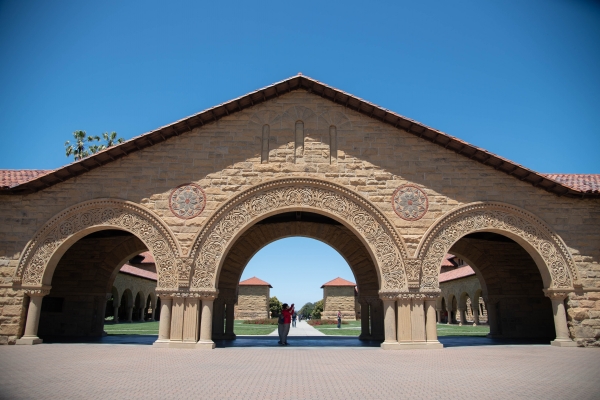 Under a settlement between Stanford University and a group of students, the university plans to revise its involuntary leave of absence policy in response to allegations of discriminatory polices for students in mental health crisis. Photo by Sinead Chang.

Stanford University has agreed to a "groundbreaking" settlement with a group of students who sought through a class action lawsuit to reform allegedly discriminatory policies affecting students in mental health crisis.

Disability Rights Advocates in San Francisco, which brought the case on behalf of the Stanford Mental Health & Wellness Coalition and individual students last spring, called the agreement the "most comprehensive (settlement) ever to protect college students with mental health disabilities from unnecessary exclusion."

The lawsuit alleged that Stanford repeatedly violated state and federal anti-discrimination laws in its response to students with mental health disabilities, including those who have been hospitalized for suicide attempts. Student-plaintiffs criticized Stanford's involuntary leave of absence policy and procedures as punitive and "onerous."

Under the settlement, which is not an admission of liability, Stanford agreed to revise its involuntary leave of absence policy, ensure sufficient staffing to support students with mental health disabilities, increase training for anyone involved with implementing the policy and pay $495,000 for the plaintiffs' legal fees. The new policy will take effect when the winter quarter starts in January.

The settlement, crafted through confidential mediation and in consultation with students and mental health and higher education experts, marks "a significant step forward not only for Stanford, but for colleges and universities across the country," said Disability Rights Advocate staff attorney Monica Porter.

"At a time when colleges and universities across the nation are experiencing large increases in the prevalence and severity of mental health disabilities, many campuses have struggled to serve their student bodies," Disability Rights Advocates said in its announcement.

In a message to students on Monday, Vice Provost for Student Affairs Susie Brubaker-Cole said "we believe the new policy provides students with agency to advocate for their interests, as well as a thoughtful and collaborative university process." She added that Stanford hopes the new policy, which will replace the current dean's leave and housing hold policies, will provide more consistency, clarity and transparency.

Stanford requires involuntary leaves when there is "significant risk" to the health and safety of the student or to others, or a student's behavior "severely disrupts" the campus environment. Plaintiffs in the lawsuit said they had felt pressured to take involuntary leaves and were unfairly asked to move out of their campus housing during times of crisis.

Under the revised policy, Stanford will give students who are being considered for an involuntary leave the option of taking a voluntary leave and "will not discriminate against students with mental health disabilities" who choose to do so, the agreement states. There will now be a two-day revocation period and information on how to revoke a voluntary leave decision.

The new policy lays out in detail the implications an involuntary leave will have for a student's housing, coursework, transcript, tuition and meal plan.

Stanford must also review its procedures for visiting and communicating with students who are in psychiatric hospitals "to ensure compliance with all applicable law," the settlement states.

The policy now allows for the opinion of students' treatment providers to be given "significant weight" regarding their ability to function at school. The dean of students will also consult with the Office of Accessible Education prior to making a decision to see if other accommodations could allow a student to stay at Stanford.

The agreement seeks to bolster the staff who interact with students with mental health disabilities, including by ensuring that the Office of Accessible Education is sufficiently staffed so that employees with expertise and training in working with students with mental health disabilities are available to help them consider alternative accommodations that could prevent a leave of absence. Stanford will also make available a person who is knowledgeable about the leave of absence procedures but not part of the decision-making process to answer students' questions.

Stanford is also now required to train all current and incoming staff who are "likely to be directly involved" in implementing the leave of absence policy, with at least annual training updates. The university must also provide a copy of the training materials to Disability Rights Advocates for review, though Stanford is not obligated to make any suggested changes.

The court will monitor the agreement for two years to ensure its enforcement.

The agreement also ensures that Stanford will provide Disability Rights Advocates with regular data on the implementation of the policy, including how many students are placed on involuntary leaves, how many are re-enrolled following a leave and redacted summaries that describe the university's reasoning for involuntary leaves of absence.

Harrison Fowler, one of the plaintiffs in the case, said he had felt forced into a leave of absence. A residence dean visited him at Stanford Hospital, where he had been admitted after reaching out to campus counseling services for help with suicidal ideation, and suggested he take a year off, the lawsuit alleges.

"I thought my release from the hospital was contingent on me signing this form," Fowler said in an interview last year. "I wasn't presented with any other options. (When) I got out of the hospital ... they had already moved my stuff out of the dorm."

He left Stanford for his hometown in Texas, where he said he had previously experienced racism and he described as a difficult, isolated environment. The lawsuit described the implications of him reaching out to the university for psychological support — "being isolated from Stanford and falling an entire year behind in his studies and career plans" — as "too severe."

"Thanks to this settlement, what happened to me won't happen again," Fowler said in the Disability Rights Advocates announcement. "I'm glad to be an advocate, and I am excited that future students will know they can have access to the accommodations they need."

In her message, Brubaker-Cole thanked students and others who came forward to share their experiences and concerns with Stanford's leave policies.

"My colleagues and I have learned from our conversations with you, and our campus community is stronger because of your advocacy," she said. "Together, we are making significant progress, and this new policy is a critical component."

2 people like this
Posted by Karen Gross
a resident of Embarcadero Oaks/Leland
on Oct 8, 2019 at 4:02 am

Stanford's shift is positive. The effort described enables “processing in place,” which is key to enabling students to restabilize. More than 2/3’s of adults have experienced trauma and display trauma symptomology (howsoever we define mental illness). But, to do this, the institution needs mental health professionals and a trauma responsive campus, which are a paradigm shift and require more than the described training; it requires an attitude shift. For the latter to work, institutions need to take responsibility for enabling student success which includes student psychological well-being. Leaves, expulsions and suspensions message punishment, the opposite of what is needed (except in rare circumstances). My forthcoming book, Educating for Trauma (TC Press 2020) describes the institutional shifts we need and suggested strategies to be used. Clearly, just saying “stay not leave” isn’t enough by a long shot.

And for the record, processing in place and efforts to help students with trauma symptomology is not limited to college and graduate students. It is an issue across the educational pipeline from early childhood forward. Early intervention is key. And,trauma is not disappearing. So, we need to help all our students by recognizing trauma's impact (which affects both rich and poor, although not in equal numbers), and we need to stop punishing students and understand them and their behaviors. That's a big task.

Coronavirus: Plan ahead now for a big outbreak
By Diana Diamond | 22 comments | 4,653 views

The first few seconds after awakening; before I remember the virus
By Chandrama Anderson | 0 comments | 1,860 views

Can you Stay Healthy without Making More Trash?
By Sherry Listgarten | 2 comments | 1,216 views