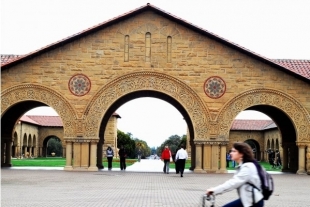 The Santa Clara County Board of Supervisors will launch into its review of the Stanford University general-use-permit application with a workshop on Oct 1 in San Jose. A hearing is scheduled for Palo Alto on Tuesday, Oct. 22. Weekly file photo.

Launching into the final phase of the review process for Stanford University’s application for a permit to add millions of square feet of academic and residential development on campus, the Santa Clara County Board of Supervisors will hold four public meetings over the next six weeks to vet and possibly approve the plans, including one in Palo Alto.

The university is seeking permission to build 3.5 million square feet of academic facilities and student and faculty/staff housing over the next two decades. Submitted in 2016, the application’s journey toward approval has at times been tense between Stanford and the county.

A workshop on the application will be held at 1:30 p.m. Tuesday, Sept. 24, at the Santa Clara County Board Chamber, 70 West Hedding St. in San Jose.

The Palo Alto hearing will be held at 6 p.m. on Tuesday, Oct. 22, at the Palo Alto City Council Chamber, 250 Hamilton Ave. The board will meet on the proposal a final time on Nov. 5 at the Santa Clara County Board Chamber, 70 West Hedding St. in San Jose, with the time still to be determined.

In late June, the County Planning Commission voted 7-0 to recommend approval of the permit, subject to various conditions of approval "to ensure full mitigation of potential adverse impacts," according to a release from the county.

The victory came with one catch: a requirement that Stanford construct roughly four times as many housing units as it proposed in its application.

The commission’s vote followed three public hearings and more than 300 comments from members of the public, which ranged from full-throated support for Stanford's plans to deep skepticism and requests for additional measures to curb the expected impacts of the university's growth.

In making its decision, the commission weighed a June offer from Stanford to negotiate a development agreement, which included a menu of community benefits that the university asserted are worth $4.7 billion, against county planners' proposed conditions of approval, which require far more housing and more stringent traffic regulations than Stanford has been willing to provide. In the end, the commission rejected the university’s request to negotiate through a development agreement.

Public comment can be made at the upcoming four meetings or submitted in writing to boardoperations@cob.sscgov.org.

The first few seconds after awakening; before I remember the virus
By Chandrama Anderson | 0 comments | 3,584 views

Can you stay healthy without making more trash?
By Sherry Listgarten | 6 comments | 2,981 views

Think about helping others in our coronavirus-affected area
By Diana Diamond | 7 comments | 2,715 views