911 nightmare: A tug of war for information 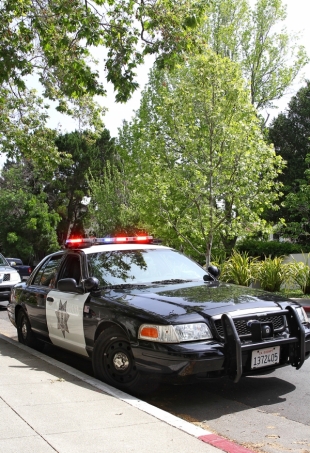 A Palo Alto police car arrives at a call in a residential neighborhood in this 2017 file photo. A Palo Alto woman who suffered a seizure in June is now criticizing officers for keeping her from receiving medical treatment. Weekly file photo.

This is sadly one more case of our city government failing to follow the laws. Our current and prior City Managers and our City Attorney already have on their rap sheet the dismal 27 University affair, the illegal Palantir tent at Cubberley, the President Hotel Apartments debacle that led to evictions of dozens of long-time residents, the refusal to prosecute illegal offices and Castilleja for ongoing municipal code violations, and the violent and discriminatory police action against a Buena Vista resident and subsequent cover-up. With such moral decay at the top, would any honest person feel comfortable working for our city government? Many good people have left in recent years.

Our City Council has just seven members, so four votes are enough to dismiss Shikada and Stump and bring in new leadership with much higher moral standards. Let's hope that happens soon.

A Moral Compass is a registered user.


This is a cover-up to avoid adding further support to a potential lawsuit against the city for the negligence on the part of its public safety employees.

Chances are the City Attorney has advised this measure to avoid the disclosure of additional details...aka damaging facts.

No doubt they have been advised by an Attorney to not say anything, in anticipation of legal proceedings. There ought to be a better way to handle things like this...

Report Objectionable Content
Email Town Square Moderator
12 people like this
Posted by Online Name
a resident of Embarcadero Oaks/Leland
on Sep 20, 2019 at 11:36 am

So tired of the lack of accountability in Palo Alto. 3,000+ residents complain about dangerous traffic "improvements" via petition and the city hires consultants to tell us we're wrong. The former mayor denies we have traffic problems when we've got the 2d worst traffic in the COUNTRY. The City Council supports "car light" developments that are under-parked to the benefit of developers and then authorizes $9,000,000 to put in chargers on private property.

Keep up the good reporting and keep demanding answers.

Report Objectionable Content
Email Town Square Moderator
5 people like this
Posted by musical
a resident of Palo Verde
on Sep 20, 2019 at 1:54 pm

@Moral Rot, you forgot to mention failure to enforce the 25 mph speed limit.

Report Objectionable Content
Email Town Square Moderator
2 people like this
Posted by Nicholas Kaposhilin
a resident of Leland Manor/Garland Drive
on Sep 29, 2019 at 1:55 am

This whole affair is super disturbing. Not only did the Police run amok demonstrating a systemic problem with protocols and operating procedures, but now the city manager and city legal counsel are turning this into an adversarial situation with the press and residents through their lack of transparency and refusal to cooperate openly. The city manager works for US. The city legal counsel works for US. They are suppose to serve the citizens. If the city screwed up, then so be it, let's get it all out in the open. Let's fix it. It is OUR city. It is OUR problem. But when city managers act like they are working for, and representing their own private organization, then we have a BIG problem. Takada and the city legal counsel should be fired immediately. They are not fit to manage a city; Not fit to work for a government of the people. They demonstrate no accountability.

Report Objectionable Content
Email Town Square Moderator
6 people like this
Posted by Resident
a resident of Barron Park
on Sep 29, 2019 at 10:17 pm

I was at a public meeting a while back,I was chatting with another resident. I looked behind us and I caught Shikada rolling his eyes at councilman Filseth, In regards to our conversation. I was going to confront him, but figured it was not worth it. I was thinking to myself; Where did these folks come from? And who voted/hired them in?