East Palo Alto, Belle Haven and some areas have Stanford have limited access to healthy foods 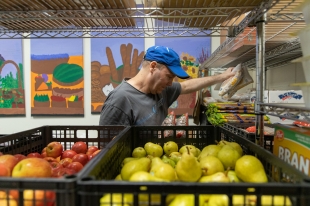 It would amazing to get a Winco/Food Max on this side of the Bay and Peninsula. The nearest Winco I know of is Oakland!!! Winco sell bulk food and lower cost fruits and veggies. Importantly Winco does not require a membership or a bridge toll to shop in bulk and economically. How can we lure a Winco to open in San Mateo, Menlo Park, East PA, Fair Oaks, Mountain View or somewhere near here?

I haven't been in there since that shopping area section was remodeled/downsized, but, doesn't Cardenas Market have fresh fruits and vegetables?

Flying: How much is enough? It's personal.
By Sherry Listgarten | 5 comments | 1,433 views