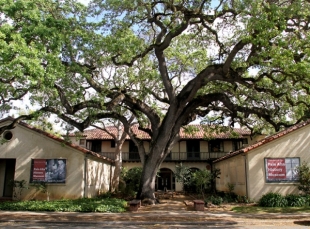 Palo Alto is now in the process of hiring a firm to review and certify the Palo Alto History Museum's fundraising achievements. File photo by Veronica Weber.

Why can't EPA raise that kind of money & have its own history museum...along with an EPA historical society?

If such a place existed, would people from Palo Alto come to visit it?

There is still time yet, Dontrelle. The issues plaguing PAHM over the last few years won't be resolved quickly. They've had the money for years, and future problems like a ADA compliant elevator mean that at this rate, the museum won't be up before 2050.

^ ... and the museum will still beat grade separation.

Report Objectionable Content
Email Town Square Moderator
4 people like this
Posted by Sally
a resident of Downtown North
on Sep 9, 2019 at 10:40 am

The Weekly is obfuscating on the museum issue again. The price tag (according to the last Weekly article) is $9.1 MILLION. Their fundraising efforts, after a decade, are nowhere close to that.

The rub is that this vocal and connected minority of museum exponents are pressing for the taxpayers to shell out the millions to make up for the support they don't have. Meanwhile, the Weekly is running promo articles celebrating a $100k grant from the county (a mere 1% of the price tag) trying to make it look like they have support and momentum.

Report Objectionable Content
Email Town Square Moderator
2 people like this
Posted by Laura Bajuk
a resident of Charleston Gardens
on Sep 11, 2019 at 1:48 pm

Hello from the Museum ED (and a fellow taxpayer):

For Sally, a few corrections: the price tag to rehabilitate the Roth Building is actually $9.2M.

How far are we? Momentum has increased in the past 2 years, and we've now raised all but $750k of that amount. The recent County grant helped. (BTW, we worked 3 years on that - no success is “overnight”).

This is huge progress!

Yes, it's taken time to raise that 92% (and a few million more for other pieces of the project, like architect fees, City permits, etc.), which those who've worked on our libraries and other capital projects understand.

So, is the Weekly biased in our favor? Look at past coverage and the comments and that theory doesn't hold up. The reality is our recent news just happens to be GOOD news - to which we and others would add - at last!

As to timing, we've pulled our construction permit and have a chance at breaking ground next spring - 2020. (Thankfully, 30 years ahead of Crescent Park Student's timeline.)

And for community? Palo Alto has ties of various sorts to every place in the Bay Area, and frankly, much of the world. We will welcome all our neighbors. When EPA has their own museum, we will support that effort. Until then, we will help share their story, along with the many others needed to understand this place we live and work in.

Speaking of which, it’s not too early to get involved. Volunteer to help on our exhibit content team, our new Teen Council, or on your own – get your story in to #IamPaloAlto. And check out the Welcome Week activities starting soon.