Missed opportunities cost the Bears in football loss to Serra 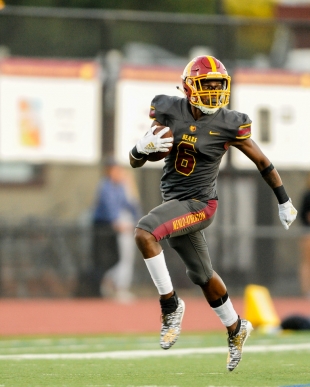 Justin Anderson recorded an interception for the Bears. Photo by Bob Dahlberg/@bobd_photo.

Thanks for the nice writeup, I wanted to attend the game but was unable to. Sad for M-A to get beaten soundly on the big stage but a memorable opportunity for the young men to sprint onto the 49'ers home field. Good luck next week in Utah!

Flying: How to lower your impact
By Sherry Listgarten | 10 comments | 2,307 views