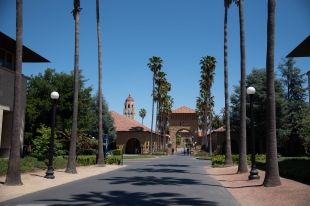 A residential burglary and an incident where a man was seen outside a home where the security system activated at Stanford University over the Labor Day weekend are under investigation by the Department of Public Safety. Photo by Sinead Chang.

Flying: How to lower your impact
By Sherry Listgarten | 10 comments | 2,301 views