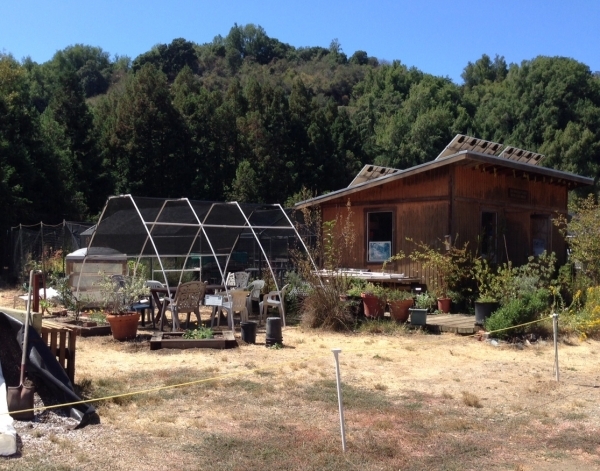 The 7.7-acre portion of Foothills Park that the council annexed to the park in 2014 currently includes a nursery, which is maintained by Grassroots Ecology. Weekly file photo by Gennady Sheyner. 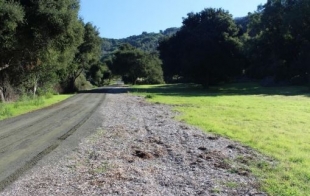 The upstream area of Wildhorse Valley is an area where consulting firm ENGEO recommended building a channel to minimize erosion from Buckeye Creek. Image courtesy ENGEO.

Just a note that neither of the photos in this story are of the new 7.7 acre area. It's pretty misleading to show a gorgeous, sweeping shot of the Valley and another of the road to the campgrounds and fail to show a photo of the new area. It is very different at the moment (but very worthy of enjoyment by park-goers after it's cleaned up.) Thanks for the article!

Gennady Sheyner is a registered user.


Thanks for the feedback, Foothill fan. We added another photo, which shows the nursery at the site.

That top picture of Las Trampas Valley is a beautiful picture of Foothills Park, and reminds me of a weekday when the park was almost empty and my SO and I spread a blanket and took a nice nap under that tree. Thanks for posting it even if it was not the new land being discussed ... I assume something as bucolic is what the end goal is.

Awww, now you've gone and changed it. It was photo 1 of 3

Since Arrillaga used this park designated land to store materials for his construction projects, why isn't he liable for some of this $9.5 Million for restoration?

How about converting some this into another campground available for scouts and other group youth activities?

A year or so ago there were maps about improvements, diverting a creek and various other alterations. Nothing has been done about this work and the signs and maps have been removed. Has this been superseded by the new acquisition?


One of the relatives of the donors told me that the family loved music so I'm wondering about a yearly concert on the site, maybe to raise money for restoration or a related cause -- I know, sounds dissonant -- the concerts create wear.

It could be done an an environmentally sensitive way.
Maybe attendence could be limited, with a drawing for right to purchase tickets.
Shuttle buses to the event, no private cars.

Bay Area Action Acterra produced a concert there a few years ago with blues singer Sister Monica and this got bad feedback for its failure to plan adequately.

We could do a lot more with music in the parks.

Posted by Mark Weiss, a resident of Downtown North

>> We could do a lot more with music in the parks.

Sure. Personally, I think Rinconada and Mitchell Parks would be much better suited. Oh, wait ...

Let's change the name of Foothills to -Preserve- so that we can remind ourselves of its primary purpose. "Parks" are great, but, they are different from "Preserves" or "Wildernesses" or whatever. There is a different kind of music to be heard in Foothills Preserve, and you can hear it any day.