Smoke, flames visible from outside of the building 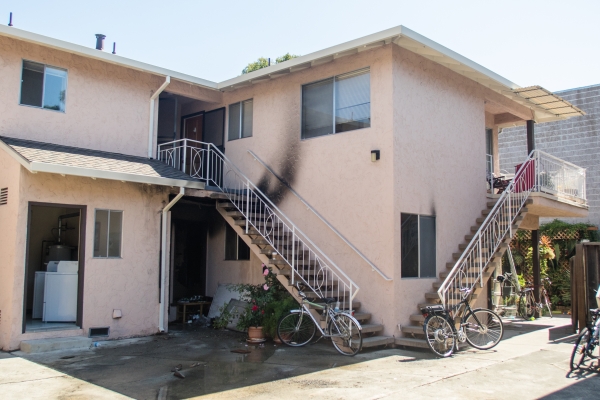 A fire damaged a unit in an apartment complex in the 300 block of College Avenue in Palo Alto on Aug. 26. Photo by Veronica Weber. 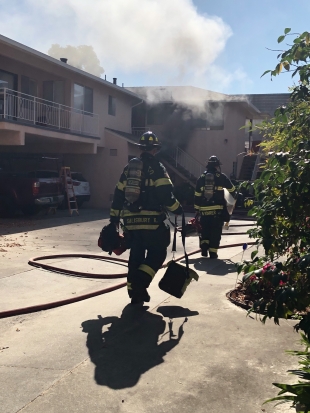 Firefighters knocked down a fire in the 300 block of College Avenue in Palo Alto about 10 minutes after it started on Aug. 26. Photo by Gennady Sheyner.

Great job PAFD! I live a few buildings down and was concerned to smell the smoke this morning. I was very impressed with the rapid and effective job PAFD members did to extinguish the fire.