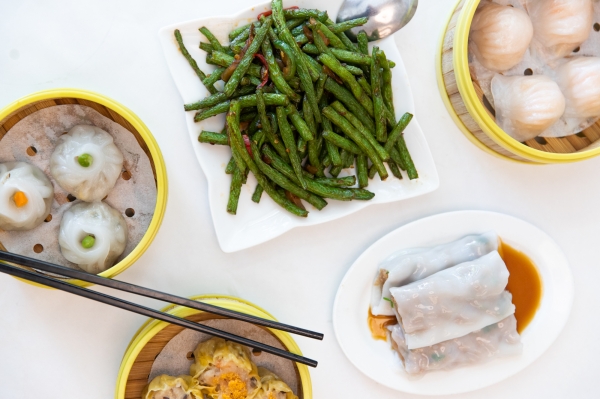 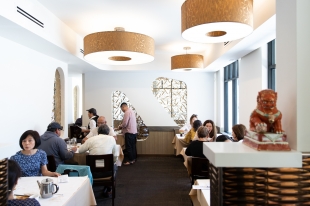 A small dining room during lunchtime at Fu Lam Mum in Mountain View on Aug. 20, 2019. Photo by Magali Gauthier.

I believe the reason weekday crowds are sparse is twofold. Too many options on Castro street and the dim sum isn't anywhere nears as good as it was before they closed for the remodel. My wife (Chinese born and raised in S.F.) and I had been regular dim sum and dining patrons for years, dating back to when they were on the other side of the street. It beat driving to S.F. or Cupertino, though not as good.

We've been three times since they re-opened and have been disappointed all three. Dumplings mushy, not much flavor and no carts (we have not been on a weekend). Many of the traditional items weren't available during the week but I'm sure must be on weekends. We will try on a weekend.

Given that it took so long to redo the place, my guess is that the chefs have changed and the quality changed with them gone. Ben is a great guy and we wish him much success, but the food needs to be improved a few notches.

Flying: How to lower your impact
By Sherry Listgarten | 10 comments | 2,295 views