Superintendent: School district to use data to solve ongoing issues

On webcast, Austin also expresses continued faith in Stanford over its $140M agreement with district 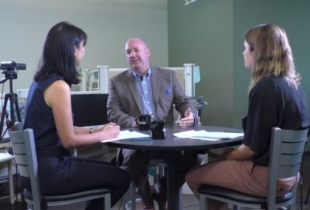 Don Austin, center, who is superintendent of the Palo Alto Unified School District, talks about his PAUSD Promise vision, the need to improve school safety, differing timelines for Cubberley Community Center, new software for using with special education and more on "Behind the Headlines," the Palo Alto Weekly webcast and podcast. Weekly photo.

Sheri is a registered user.


What a concept! Using data to solve (or at least inform) issues. Perhaps the City Council should consider this approach to the Business Registry, with goal of finally designing a Business License tax.

9 people like this
Posted by Restore Trust
a resident of Another Palo Alto neighborhood
on Aug 17, 2019 at 9:09 am

I'm both encouraged by this - especially the statement about mastery-based education and not using grades as an indelible label but rather a way to help students -- but also discouraged.

While I applaud the steps being taken regarding safety, where health and safety are concerned, the students (and staff) are at far more immediate risk from longstanding environmental factors in most of the schools that increase asthma, other illnesses (like colds and flus) not just in those who have asthma, and even risk of cancer and depression. They are all the more at risk from the attitudes of employees who have doggedly pushed their right, for political CYA reasons, to ignore evidence-based measures to improve the environmental health of our schools and keep things healthier.

If the idea is to use data here, maybe Superintendent Austin will restore and improve some of the data collection (i.e., make it sincere and good quality in addition to restoring it), such as collecting and reporting asthma rates for the California Healthy Kids survey, that were overtly stopped by CYA employees in the last administrations to avoid anyone using data to quantify the problems and fix them. Yes, the last administrations put aggressive efforts into ensuring that they had a right to avoid evidence-based environmental health practices in our schools. It's the best-kept shame on those adults (even leaders in the PTA), , whose motto seems to be "ignorance is bliss (consequences not our fault)"

The other important segment of the interview with Austin dealt with the Cubberley Plan. He made it clear that the district is on a very different timeline than the city for redeveloping the site. The district is facing a decade or two of projected declines in secondary students. This means that the district has no basis to move forward with a new tax to fund rebuilding Cubberley and they don’t have a way to even know what needs the will have to serve in the future. Since they own over three fourths of the site, the desire of some city council members to move forward aggressively on a joint plan doesn’t seem to have a partner. Austin made it clear that the district understands the city’s desires, but they just aren’t well aligned with the district’s at this time.
He was also quizzed about the city recently telling the district that they don’t plan to renew the least beyond this December for all of the community service providers and others who currently lease Cubberley. This is big news and not something that the city council has had any public input or discussion about. Austin indicated that the council has met in closed session on this. How can a policy decision with such big implications be made without any public input or transparency? And what happens come the first of the year if the city holds its ground?
Apparently there was discussion about this at the recent city/school liaison meeting at on Friday at the school board policy meeting. Can anyone shed more light on this?

Austin got rolled by Stanford in the negotiations over the GUP. Austin agreed that Stanford would only have to pay $5,800 per student per year, when the actual cost of educating that student is $19,200. Who makes up the difference? Austin isn’t ready for the big leagues.

Report Objectionable Content
Email Town Square Moderator
6 people like this
Posted by Historian
a resident of Palo Alto High School
on Aug 22, 2019 at 1:31 am

At least Austin is being productive. I’m impressed so far, although the bar is really low. The last two superintendents were merely figureheads collecting the six-figure salary while denying there were any issues to justify their complacency.

Stu is misinformed, the GUP isn’t a done deal yet and we’re public schools so they needn’t pay us anything. Iu

Report Objectionable Content
Email Town Square Moderator
3 people like this
Posted by Stu
a resident of Midtown
on Aug 22, 2019 at 2:57 pm

Let’s hope “Historian” isn’t really a historian because he gets his facts wrong.

I never said the PAUSD with Stanford had been approved. Actually, the school board rejected it after a public uproar.

Simitian said that Austin misled him about whether the school deal would be contingent on Stanford getting a development agreement. Austin told Simitian it wouldn’t be, and then the final proposal showed it was.

I don’t think Simitian lied about his conversation with Austin. I think Austin didn’t understand the agreement Stanford was pushing on him. Austin is in way over his head when it comes to negotiating with Stanford.

Historian also doesn’t understand why it’s important that Stanford pay full price for the kids they put into PAUSD. Most of Stanford’s housing is exempt from property taxes. The school board wanted Stanford to make up for that loss, and the deal Austin brought to them covers about 30% of the cost. Who pays the rest of the bill? Us property taxpayers.

Stanford is trying to externalize its costs onto the community. Austin should realize this and push for a harder bargain. But I don’t think he gets it, and he’s too arrogant to ask for help.

Stu, how is the district supposed to leverage the correct and well known fact that $6k is less than $19k and get Stanford to pay more? The schools have no leverage, nor does the county. Stanford need do nothing for schools, beyond a small development fee; they agreed to what they did to prevent the county from going crazy on other things, which they did anyway. So how exactly does this "harder bargain" get done?

Portland's Thai food darling Pok Pok will be popping up on the Peninsula this spring
By Elena Kadvany | 2 comments | 3,641 views

Flying: How to lower your impact
By Sherry Listgarten | 18 comments | 2,950 views