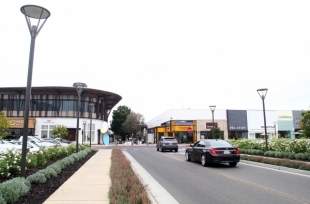 My brother was visiting last week and I warned him, adamantly, DO NOT LEAVE ANYTHING IN YOUR CAR!!!
Of course he did leave his backpack with an iPad in the car when he was eating at a restaurant on University Ave. Said it was
“hidden”. This was in the evening, still light out and valet parking.
When he came out the window was smashed and backpack gone.
Police said the thieves have a way of electronically picking up the WiFi/Bluetooth signal.
Window smashed and gone in under 10 seconds.


I hope that there is a follow-up on this case as to what happened to the two thief's. If they were let out on bail then that is something that we need to know. All kinds of low level thieves are being let lose and they go right out and do the same thing again. We all keep reading about people who are picked up and then a list of offenses are listed relative to the person being held.

Can we at least get a description of the suspects? 19-year-old and 20-year-old is not very helpful. Did they also have two arms and two legs? Palo Alto suspect descriptions are getting less and less useful by the day.

Report Objectionable Content
Email Town Square Moderator
5 people like this
Posted by musical
a resident of Palo Verde
on Aug 16, 2019 at 3:02 am

@Jason, make sure you are reading the expanded article rather than the abbreviated form. At the end of the 2nd paragraph Gennady provides this link to the PAPD Nixle news release which includes, uh, photos -- Web Link

"Police located a window punch near the front driver seat..." Sounds like a common auto safety hammer that I carry so I won't burn alive in an accident that jams the door. Often combined with a seatbelt cutter. Two for $10 on Amazon.

Report Objectionable Content
Email Town Square Moderator
5 people like this
Posted by Fair
a resident of Mountain View
on Aug 16, 2019 at 8:00 am

What's with people leaving backpacks in their car with all their computer stuff? I keep reading the same mantra over and over. I guess the, "it can't happen to me" wins out.


Report Objectionable Content
Email Town Square Moderator
4 people like this
Posted by We live among predatory animals
a resident of Charleston Gardens
on Aug 16, 2019 at 10:43 am

Somebody should make a political statement by welding bars onto their car windows.


evidently they have an electronic tool that can tell if you have a computer or other electronic devise in your car. Even if you hide it they can read your car electronically.

Report Objectionable Content
Email Town Square Moderator
5 people like this
Posted by Tom Cochrane
a resident of Charleston Gardens
on Aug 16, 2019 at 12:50 pm

Report Objectionable Content
Email Town Square Moderator
9 people like this
Posted by Tom Cochrane
a resident of Charleston Gardens
on Aug 16, 2019 at 3:14 pm

Wow, I posted the suspects' names and my comment was removed. Very interesting actions taken by a so-called news organization...

"Police arrested 19-year-old Kamron Malek Albert Johnese and 20-year-old Kevon Earl Rabb, both of San Francisco, for auto burglary (felony) and possession of burglary tools (misdemeanor). Johnese is connected to the auto burglary from July 30 and Rabb is connected to the one that occurred on July 25. Both were booked into the Santa Clara County Main Jail. Their booking photos are attached to this news release. "

Flying: How to lower your impact
By Sherry Listgarten | 10 comments | 2,223 views