Michael Fields, 43, was seen on surveillance footage more than a dozen times 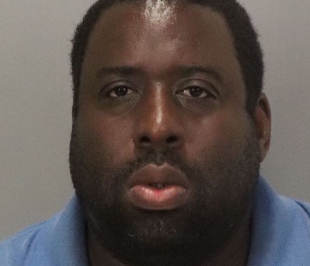 Michael Fields, 43, of Fremont, is accused of peeping into windows at homes where families with young girls live at a Palo Alto apartment complex from July 15 to Aug. 7, when he was arrested. Image courtesy Palo Alto Police Department.

I’m glad this guy was caught.

As Cliff Claven on 'Cheers' might say, "It's a little known fact but Peeping Tom comes from...

the legend of Lady Godiva's naked ride through the streets of Coventry, in order to persuade her husband to alleviate the harsh taxes on the town's poor. The story goes that the townsfolk agreed not to observe Godiva as she passed by, but that Peeping Tom broke that trust and spied on her.

Report Objectionable Content
Email Town Square Moderator
2 people like this
Posted by Fair
a resident of Mountain View
on Aug 8, 2019 at 5:31 pm

Report Objectionable Content
Email Town Square Moderator
2 people like this
Posted by He Should Have Gone To A Movie
a resident of Community Center
on Aug 8, 2019 at 5:43 pm

"Surveillance footage revealed that between July 15 and Aug. 7, Fields peeped through several residents' windows more than a dozen times at night and masturbated while doing so on at least one occasion, according to police."

A person who gets pleasure, especially sexual pleasure, from secretly watching others; a voyeur.

Report Objectionable Content
Email Town Square Moderator
2 people like this
Posted by Mother of young girls
a resident of Green Acres
on Aug 9, 2019 at 3:57 pm

Report Objectionable Content
Email Town Square Moderator
2 people like this
Posted by TD
a resident of Mountain View
on Aug 9, 2019 at 8:49 pm