Computer programmer with illegal high-capacity magazine in gun deemed dangerous for release, ordered to stay away from girlfriend he allegedly assaulted 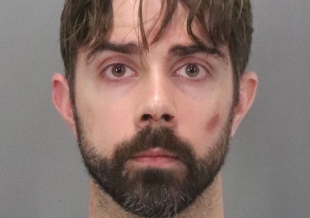 Clearly he got his guns from the illegal gun dealer.


This guy seems to be mentally ill. The fact that millions like him can get high capacity weapons with the same ease it would take to purchase chewing gum should make the blood freeze in your veins.


This man seems like he has severe mental issues that are not being addressed. My guess is he stoped taking
his meds a while back and is suicidal. Where is his family?