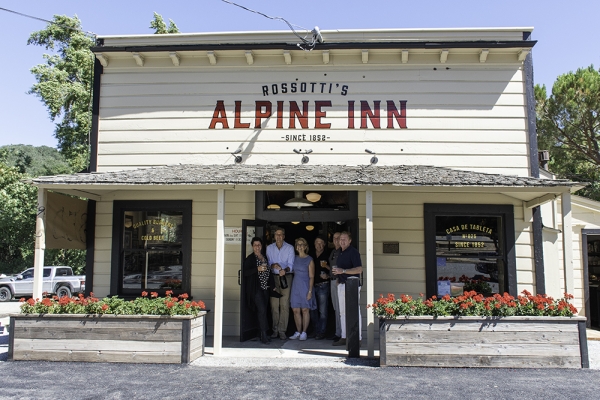 The new owners and operating partner pose outside of the Alpine Inn. They hope to reopen the treasured Portola Valley institution by the second week of August. (Photo by Sadie Stinson/The Almanac) 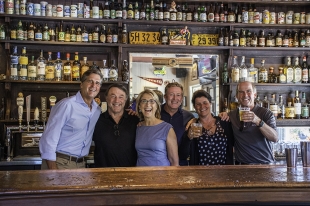 Kate Daly writes for The Almanac, the sister publication of PaloAltoOnline.com.

Like this comment
Posted by Jennifer Montgomery
a resident of Palo Alto High School
on Aug 10, 2019 at 3:36 pm

Can’t wait for a square burger on sourdough at our 40th Paly reunion in September! And a beer now that I’m old enough to drink there legally.

Rossotti's was living on borrowed time. This renovation had to happen or the place would have been shut down by the health department. At least they aren't closing at 4PM on Sundays any longer.

When I finished law school I recall biking up there with a young lawyer I had met at the RWC law library. Quite a reward after a long ride. My grandchildren have always loved eating outside except the wasps.


Report Objectionable Content
Email Town Square Moderator
4 people like this
Posted by KarlWolff
a resident of Portola Valley
on Oct 15, 2019 at 11:09 am

KarlWolff is a registered user.


I finally visited Zott's hoping that the initial euphoria of the re-opening had worn off. I was optimistic going in but was sadly very disappointed and will NOT be going back. While the venue itself has improved in many ways, the place is a complete rip off. $24 pitchers, $8 hemp juices (what the hell?)...and lousy burgers with no fries or chips. Yes, everything is a-la-carte. So, it was over $70 for three burgers, a basket of pesto/garlic fries and a juice drink. As over priced as the Dutch Goose is, it's still a relative bargain compared to this den of thievery. But what's remarkable is that this place has a thriving business! It just shows that Peninsula people have more money than brains - or taste! Avoid the highway robbery and go elsewhere!!

Report Objectionable Content
Email Town Square Moderator
1 person likes this
Posted by musical
a resident of Palo Verde
on Oct 16, 2019 at 3:33 am