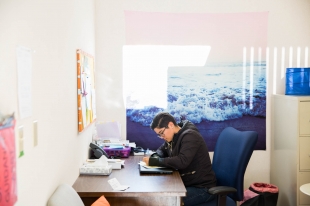 The California State Legislature is calling on local school districts to come up with new ways to fill big gaps in mental health care for children and teens, setting aside $50 million this year for schools willing to try new ways of detecting and preventing mental illness through campus-based services.

The act builds on a common trend among California lawmakers, who have sought over the last three years to migrate the role of mental health care from the clinic to the classroom. Services provided on campus could serve as the first line of defense, with the potential to detect mental health conditions long before they worsen. Studies have found that close to half of all mental health conditions start by age 14, rising to three-fourths by age 24.

Santa Clara County Superintendent Mary Ann Dewan said she is prepared to pursue the funding. The shift toward school-based mental health has been driven by school leaders and school board members who understand the increasing need for student services, she said. A child's wellness affects how well they perform in school, she said, and many schools have already launched in-house mental health initiatives.

"Public schools are already engaged in supporting children and families with mental and behavior health as well as promoting wellness on school campuses," Dewan said. "It brings tremendous value when schools and county offices of education can work together to offer early intervention, access to ongoing support and coordinated care."

State leaders are still working out the nuts and bolts of the grant process but are expecting plenty of interest, said Toby Ewing, executive director of the Mental Health Services Oversight and Accountability Commission. When the state set aside money for triage services — essentially crisis mental health care including residential treatment — starting in 2013, he said there was a "tremendous" response from agencies, including schools. There were many conversations with teachers, said Ewing, who urged the state to support more mental health care in schools.

Trouble is, most of that money didn't go to schools or kids at all. In the first round of funding, just over 15% went to youth-centric programs. The new Mental Health Student Services Act explicitly calls for counties and schools to partner up, putting forth a joint grant application showing how schools could support students with in-house mental health care and, if deemed necessary, link them to clinical services provided through Medi-Cal or private insurance coverage.

It may seem unusual for school districts to lead the way on health care services better suited for a clinic, but Ewing said there's been increasing recognition from a broad range of school staff — from teachers to principals to superintendents — that schools have a role to play in mental health. California schools have long provided mental health care in a limited capacity through special education funding, but the growing consensus is that it's not enough.

"Often times there are kids who would benefit from and need mental health services where special education is not the right strategy," he said.

National studies have found that about one in five children have a mental, emotional or behavioral disorder, but only about 20% of those children actually receive care from a mental health provider. The delay in receiving treatment often spans six to eight years for mood disorders and nine to 23 years for anxiety disorders, with longer delays for males, minorities and lower-educated patients.

In the Mountain View-Los Altos High School District, more than a half-dozen therapists are already employed to support hundreds of students each year, primarily for anxiety and depression. Initiatives include anonymous referral boxes, giving the district's clinical services team a chance to check in with teens who may be struggling. Even with help from outside funding sources, the district is spending in excess of $1 million a year on student wellness.

Nellie Meyer, the district's new superintendent, told the Voice that she's aware of the new legislation and will watch to see what requirements will be placed on the grant funding. She said it's good to see the state's renewed commitment to support mental health care for students, and that the available funding could boost the framework of support services already financed by the district.

Grants from the Mental Health Student Services Act can pay for both direct mental health services as well as prevention and early intervention, which could include hiring therapists and training existing school staff. The funding can't pay for the existing programs already operating in Mountain View-Los Altos.

Counties must give all school districts an equal chance at the funding, but it's unclear exactly how many grants will be accepted. Although the the budget signed by Gov. Gavin Newsom in June allocated $50 million in funding to the program, state legislators had asked for $550 million.

State Sen. Jim Beall, D-San Jose, is seeking to supplement that funding with changes to the Mental Health Wellness Act through Senate Bill 582, which would require half of the mental health triage funds to pay for "local educational agency and mental health partnerships." The Santa Clara County Office of Education was among the applicants for the funding, Dewan said.

Since 2016, California has passed a number of mental health bills focused on the role of schools. In 2016, then-Gov. Jerry Brown signed a law requiring all school districts to adopt their own suicide prevention plan for high-risk students from seventh to 12th grade. Assembly Bill 2639, authored by Assemblyman Marc Berman, D-Palo Alto, last year, strengthened the bill by requiring mandatory updates to those policies and more guidance for training school staff on both suicide awareness and prevention.

Another bill passed last year, Assembly Bill 2022, requires school districts to inform students multiple times per year of mental health services available on campus and in the community. An early version of the bill called for one mental health professional to be employed for every 600 students, but the language was cut in an early round of amendments.

The goal is to put out a request for proposals and start accepting grant applications by the end of the year, Ewing said.

When asked whether the added responsibility of providing mental health care could become a burden on public schools, Dewan said she believes schools can balance mental and behavioral services on top of academics — so long as they receive adequate funding and trained, qualified staff. The real and immediate problem is that kids aren't getting the health care they need to be successful.

"The risk that we see now is that children in our schools need support, and the lack of support is impacting their educational progress," she said.

1 person likes this
Posted by Family & Children Services of Silicon Valley
a resident of Evergreen Park
on Aug 2, 2019 at 10:56 am

Much gratitude to the advocates and legislative leaders who have supported this investment. As a long-standing provider of on-campus services for students, families, and entire school communities, we are excited about the potential for this expansion of school-based mental health services.

A Pragmatic Approach to A Trillion Trees
By Sherry Listgarten | 1 comment | 3,057 views

Repairing a Disagreement with your Beloved & “Physical” vs. “Social” Distancing
By Chandrama Anderson | 1 comment | 1,787 views