City expects to complete project at Mitchell Park by Thanksgiving 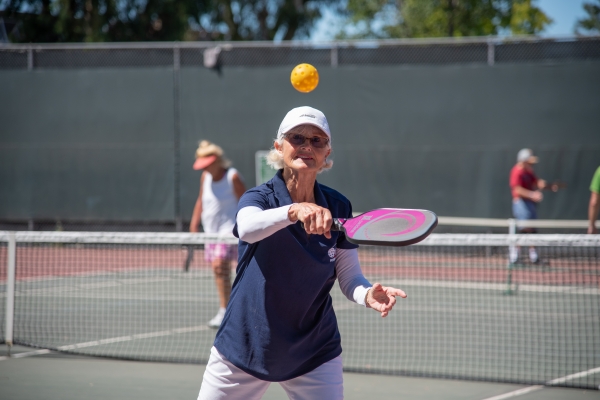 Monica Williams, a designated ambassador of the USA Pickleball Association, demonstrates the game during a class at the Mitchell Park tennis courts in Palo Alto on July 16. Photo by Sinead Chang. 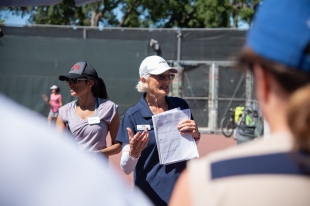 Monica Williams, a designated ambassador of the USA Pickleball Association, speaks to her students about the schedule at the Mitchell Park tennis courts in Palo Alto on July 16. Photo by Sinead Chang.

What a great article, and the observations are spot on. Pickleball is a sport that people of all ages can play together and is easy to learn. The pickleball community at Mitchell Park is extremely welcoming and supportive of new players. I stopped by to check out the game three years ago, and was handed a paddle and given a quick tutorial. Ten minutes in, I played my first game (a doubles game) and have been hooked since. Continual teaching and training take place both informally during games from other players and formally through classes and free clinics from some of the pro players. Over the years, I've met many players who have overcome serious health issues, and they credit the physical and social aspects of pickleball as a saving grace. Many thanks to the Palo Alto Pickleball Club for creating a nurturing space for people to gather and play and for friendships to grow.