'Nothing less than transformational:' Ketamine brings relief to people with severe depression 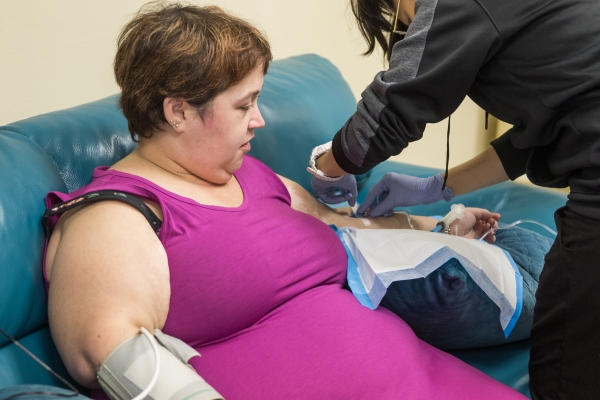 A nurse at Dr. Ghorieshi's office adds the dose of ketamine to an IV bag as Rachel Morgan, left, receives her ketamine treatment at the Palo Alto office on July 18, 2019. Patients are given the drug intravenously, and the process takes about 40 minutes. Afterwards patients are encouraged to relax into the experience and the effects of the drug which patients have described as disassociating from the room and one's body. Photo by Veronica Weber. 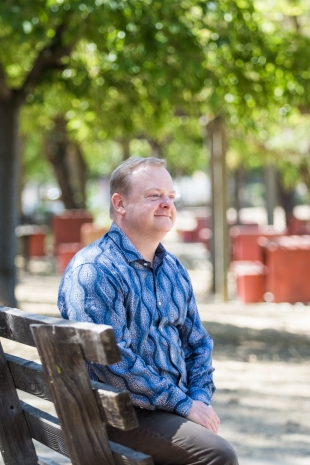 Andy Mathis sits in Almaden Lake Park in San Jose, where he often takes walks. He started receiving ketamine as a treatment for his insomnia and depression and says the therapy has been transformative. Among the changes, he has started learning to play the saxophone, which was a lifelong dream of his. Photo by Veronica Weber.

There are so many different causes for depression.

How does an MD establish this particular drug as the treatment of choice?

My depression is caused by lack of money so I already know what the preferred cure/treatment is.

Report Objectionable Content
Email Town Square Moderator
6 people like this
Posted by Saving_a_Life
a resident of Portola Valley
on Jul 29, 2019 at 3:56 pm

Imagine you came across a swimmer drowning in a lake, gasping “help”, and struggling to keep their chin above water. There’s a life preserver on the shore and your cellphone in your pocket.
You call for help but it may not come in time or at all. You know the life preserver floats. It’s been around for decades. Do you try giving the swimmer the life preserver, or do you stand there and hope someone will eventually show up with help?
I’ve watched ketamine last year and am watching esketamine now save and change a beautiful human’s life. I wish so much that it had been available years ago. In spite of any risks, I would’ve rushed that life preserver to my boyfriend who tragically took his life and forever changed mine and the lives of all who knew him.

Ketamine and esketamine are a great step, but these life preservers are still largely unaffordable for many. As if depression, OCD, anxiety, addiction, the stigma surrounding them, etc. weren’t already bad enough without the financial barriers to treatment :(


Report Objectionable Content
Email Town Square Moderator
2 people like this
Posted by lindsey
a resident of Palo Alto Hills
on Oct 23, 2019 at 11:00 pm

This has changed my life. I have been struggling with depression, anxiety and PTSD. More recently Fibromyalgia as well. I have been searching for a cure or help for over 24 years. im 34 now. Diagnosed with depression at age 10. tried over 20 different medicines, RTMS, etc etc .....Lets put the stigma away, This can truly help and save people. It saved my life and im ever so grateful for it.