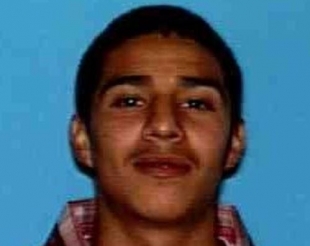 Jaime Cardenas, now 27, has been wanted by East Palo Alto police since 2011 for the fatal shooting of Catherine Fisher. He was extradited to the U.S. last week after serving time in Mexico for a separate crime. Photo courtesy of the East Palo Alto Police Department.

Jaime Cardenas, a suspect in the 2011 shooting death of Menlo Park resident Catherine Fisher in East Palo Alto, is being held in the Mesa County Jail in Colorado after serving about eight years in a Mexico prison for a separate crime, according to San Mateo County prosecutors and jail records.

Cardenas, 27, formerly of East Palo Alto, was extradited to Colorado last week as one of three suspects in the July 16, 2011 murder of a man outside of a Taco Bell in Grand Junction, a city about 40 miles away from the state's border with Utah. He is in custody without bail in Mesa County, according to online jail records.

The yearslong extradition process began in 2014 and was the result of a collective effort between the Grand Junction Police Department, authorities in Mexico, the 21st Judicial District Attorney's Office, the FBI and the Department of Justice, San Mateo County District Attorney Steve Wagstaffe told the Weekly on Tuesday.

"He's an American citizen, he was born here. So, the United States' extradition treaty with Mexico allows for his return," said Wagstaffe, noting that Cardenas claimed to have endured a "gruesome and rough" experience during his time in the Mexican prison system.

Cardenas has been charged with murder in Colorado, according to Wagstaffe. He will be prosecuted there first before returning to California to face potential charges related to three local homicides, including Fisher's death.

Investigators determined that Fisher was not the intended target of the shooting, and that she had no involvement with gangs.

Wagstaffe said that it will likely take about a year before his office is able to charge Cardenas based on the estimated time it typically takes for homicide cases to get through the system.

On July 13, 2011, just days before the Colorado fatal shooting, Cardenas and two other men — identified as Fidel Silva and Christian Fuentes — allegedly opened fire on a parked Chevrolet Tahoe that Fisher, 19, and two acquaintances were sitting in. The attack has been deemed a "gang execution shooting," according to Wagstaffe's office.

Fuentes, 27, who has been in custody since 2011 after being picked up for a parole violation, has been charged with murder in San Mateo County Superior Court. He has been in county jail since September 2018 after he was convicted and sentenced to 84 years in prison for the murder of a rival gang member, the same crime Cardenas was allegedly involved in.

On Monday, a judge granted a request from Fuentes' attorney to continue the preliminary hearing to Aug. 27 so that the defense can review Cardenas' statement from his interview with Colorado authorities following his extradition.

Silva is still at large and believed to be out of the country.

The first few seconds after awakening; before I remember the virus
By Chandrama Anderson | 0 comments | 2,392 views

Can you Stay Healthy without Making More Trash?
By Sherry Listgarten | 2 comments | 1,688 views

Think about helping others in our coronavirus-affected area
By Diana Diamond | 2 comments | 1,543 views