About 1,700 customers briefly without electrical service in Barron Park neighborhood 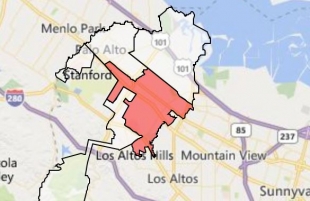 Palm Trees are a SoCal thing,,. Hope nobody got hurt..

2 people like this
Posted by Resident
a resident of Another Palo Alto neighborhood
on Jul 15, 2019 at 4:02 pm

Sunny and warm today but a little windy. Rock a Bye Baby in the Tree Tops. When the wind blows, the cradle will rock. When the bough breaks, the baby will fall, down will come baby, cradle and all. Except in Palo Alto, it is a power outage!

there was a bond measure passed over 50 years ago to underground all electrical lines in Palo Alto. How's that coming BTW?