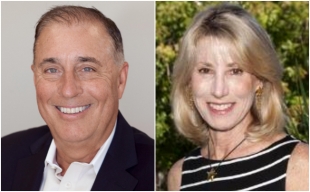 Charlie Weidanz, left, has been named the Palo Alto Chamber of Commerce's new CEO, a position previously held by Judy Kleinberg, right, who will retain her position as the organization's president. Contributed photos.

Wow! The Chamber has some of the best leaders around with Weidanz, Kleinberg and Dolan. Good things are going to happen.


I second Brian's comments. Business can be a good force in Palo Alto, and having expanded leadership capacity is a great asset.

Please Apply So We Can Reject You!
By John Raftrey and Lori McCormick | 6 comments | 2,710 views

City’s “priorities” have become meaningless – and a waste of time
By Diana Diamond | 12 comments | 1,430 views