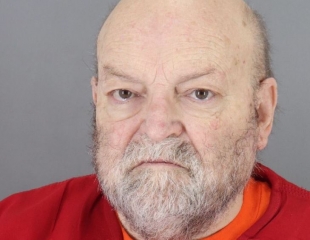 John Arthur Getreu, 74, of Hayward, pleaded not guilty on June 14, 2019 to a murder charge in the 1974 death of Janet Ann Taylor, whose body was found near the Stanford University campus. Image courtesy San Mateo County Sheriff's Office.

A 74-year-old Hayward man who has been accused of murdering two 21-year-old women on Stanford University property about a year apart in the 1970s pleaded not guilty to first-degree murder in one of the cases on Friday.

John Arthur Getreu appeared in San Mateo County Superior Court in a red jail jumpsuit and black-rimmed glasses and entered his plea in the 1974 murder of Janet Ann Taylor. Taylor's body was found on March 25, 1974, off the side of the road at Sand Hill Road and Manzanita Way.

Getreu was also arrested last November by Santa Clara County sheriff's deputies in connection with the homicide of Stanford graduate Leslie Marie Perlov and has not yet entered a plea in that case. Perlov's body was found on Feb. 13, 1973 under an oak tree on Stanford land in an area now known as The Dish.

Santa Clara County sheriff's investigators broke the Perlov cold case last fall after conducting DNA testing on items taken from Perlov and the crime scene. Familial DNA databases and new technology allowed investigators to match Getreu to evidence found at the crime scene through samples of his DNA they obtained last year from items he had discarded, authorities said. Similarities in the cases led investigators in San Mateo County to test items found at the Taylor homicide against Getreu's DNA profile, which they obtained from Santa Clara County, and to find a match.

In both cases, investigators determined the women were not raped but said there was a sexual motivation behind each alleged crime based on Getreu's criminal history and other indicators found by law enforcement.

Getreu has been held without bail in the Santa Clara County Main Jail in San Jose since his arrest, but authorities have transported him to the San Mateo County Hall of Justice in Redwood City for hearings in the Taylor case. The San Mateo County District Attorney's Office charged Getreu with Taylor's murder on May 16. Investigators in both counties are collaborating, San Mateo County Assistant Sheriff Gregory Rothaus said during the press conference announcing the charges.

Getreu, who lived in Palo Alto at the time of the murders, was convicted in 1963 for raping and murdering a 15-year-old American girl in Germany, for which he was sentenced to 10 years in prison. He was 18 years old at the time of the crime and lived with his family in Bad Kreuznach, where the fathers of both teens were stationed at a U.S. Army base. He was charged with the rape of a 17-year-old girl in Palo Alto in 1975 and pleaded to a lesser charge of statutory rape, according to court documents.

The first few seconds after awakening; before I remember the virus
By Chandrama Anderson | 0 comments | 2,886 views

Can you stay healthy without making more trash?
By Sherry Listgarten | 4 comments | 2,264 views

Think about helping others in our coronavirus-affected area
By Diana Diamond | 5 comments | 2,078 views