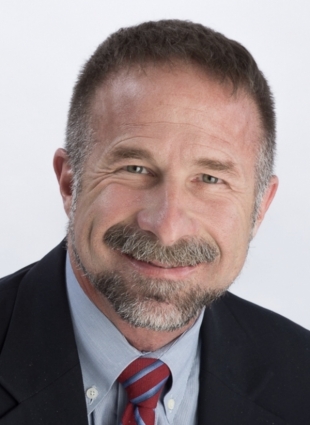 Well, I wonder if this had anything to do with Novak's departure:

"Novak has advised the board to take a "judicious" approach to spending on new programs with tight budget years ahead. At a February budget study session, he suggested a tightening of staffing ratios and taking a closer look at special-education spending, professional services and pension costs.

Taking a closer look at pension costs and tightening of staffing ratios was bound to be unpopular with the teacher's union --- perhaps that's the real reason he is leaving.


@Coverup Culture You’ll find, if you watch the board meetings since Dr. Novak was hired, that the Board has supported his call for judicious budgeting for the years ahead. His retirement is a loss for our District but, as the article states, is for personal health reasons. I, for one, will continue to echo his caution moving forward.

Report Objectionable Content
Email Town Square Moderator
16 people like this
Posted by Cover-up Culture
a resident of Community Center
on Apr 26, 2019 at 10:16 am

Is that why the board and district is allowing the manager's association to tie their raises to the teacher's union raises? Is that exercising "caution?" Won't that just make the managers cheerleaders for teachers union raises rather than exercising restraint when needed? Now everyone will be on the same side - and not for fiscal restraint when needed.


Report Objectionable Content
Email Town Square Moderator
5 people like this
Posted by Man_S
a resident of another community
on Apr 26, 2019 at 11:01 am

Let's be honest. He saw issues as a financier and made recommendations to curb it. [Portion removed.]

Report Objectionable Content
Email Town Square Moderator
10 people like this
Posted by Shounak Dharap
a resident of South of Midtown
on Apr 26, 2019 at 11:25 am


@Coverup Culture This quote from the other article covering the reason behind the "me too" raises is illustrative: "This [elimination of "me too" raises] caused such unrest among the senior management-group members, Collins said, that they considered becoming a formal union. So Austin made them an offer, Collins said: Scale back the memorandum of understanding in exchange for five years of salary increases tied to the teachers' union's. They agreed." Negotiations have trade-offs and in this case, the decision taken is actually more fiscally judicious than the alternative in the long-run. We're all acting in the best interests of our students, and the fact that the three board members who were most outspoken against the raises are now in favor of them shows the weight of this compromise. None of these decisions are made lightly and certainly none of them are made because of any other reason than long-term well-being of the students.

Report Objectionable Content
Email Town Square Moderator
9 people like this
Posted by Read Between the Lines
a resident of Palo Alto High School
on Apr 26, 2019 at 5:25 pm

[Portion removed.] The district doesn't want to cut employment costs. Look at how filthy the campuses are compared to other schools. When teams visit our campuses, they are welcomed with filthy bleachers and filthy grounds, all of which need power washing. And we are a wealthy community? Add the Paly portables in the middle of campus which were promised to be removed 5 years ago. And endless construction, the Science building next, then the Student Center. Jordan and our elementary schools are filthy too. Merry Maids is where our money should be spent, not teacher/admin salaries. Perhaps our grandkids will have a nice, peaceful high school campus. But probably still filthy.

Report Objectionable Content
Email Town Square Moderator
10 people like this
Posted by Jim H
a resident of Duveneck/St. Francis
on Apr 26, 2019 at 5:42 pm


Shounak,
How can you say that the "me too" raise is more fiscally judicious? What numbers can you provide to back up that statement? I would love to see the scenarios that were modeled.

You wrote, "We're all acting in the best interests of our students, and the fact that the three board members who were most outspoken against the raises are now in favor of them shows the weight of this compromise. None of these decisions are made lightly and certainly none of them are made because of any other reason than long-term well-being of the students."

The fact that three board members changed their mind shows nothing other than they are not committed to their convictions, or they made their original statements for the sole purpose of getting elected and had no real intent of eliminating them, but it sounds good and leads people to think they're trying to save money.

If none of the decisions are made lightly and only for the well-being of the students, please provide a detailed reasoning for this statement. That's the typical generic feel good statement we've gotten from the past boards. You promised to be different. So please, be different.

Explain how giving the same raise to a truly hard working and caring Asst. Principal as you give to an Asst. Principal who allows a teacher to harrass students and denys parents from being involved in a meeting discussing the teacher's actions is beneficial to students.

Explain why a PAMA member who fails to offer a UCP to a student who has been sexually assaulted should get the same raise as the PAMA member who follows Title IX laws to benefit the student w/o regard for how it reflects on the school.

How does tying PAMA raises to parallel PAEA raises benefit the students? If these decisions weren't made lightly then you should have a carefully thought out and detailed response. If all you can give is, "we do what is best for the students" without any support, then it appears that you've lied to the voters as well.

Report Objectionable Content
Email Town Square Moderator
4 people like this
Posted by Shounak Dharap
a resident of South of Midtown
on Apr 26, 2019 at 6:07 pm


@Jim H, I’m always happy to sit down and discuss it all in great detail. I find the comments of Palo Alto Online can be a particularly difficult place to have an in-depth dialogue. I can be reached at sdharap@pausd.org and we’ll set up a time to talk on the phone or in person.

Report Objectionable Content
Email Town Square Moderator
10 people like this
Posted by Jim H
a resident of Duveneck/St. Francis
on Apr 26, 2019 at 7:12 pm


As people have stated in response to Todd Collins' similar request on a related article, a public forum is exactly the place these issues should be discussed. Let the public hear your reasoning. Did you sit down with all of the voters one by one to discuss your platform when you were running for election? No, you expressed your views in the paper or at public forums.

Simple questions to the statements you made.

How can you say the decision is fiscally judicious? Where are the numbers to back up that statement?

How does this benefit the students?

Just looking for specifics. You said the decisions were made with the student's best interests in mind. So, specifically how did that process play out?

During your campaign you were quoted as saying, “We need to treat the job like we treat our campaign process, as a way to meet and inform the community about where PAUSD is headed and why.”

Here's your chance. Please inform us and tell us why.

Report Objectionable Content
Email Town Square Moderator
9 people like this
Posted by Pa resident
a resident of Barron Park
on Apr 27, 2019 at 9:06 pm

I’d like to able to read the answer right here. I’m guessing you want to avoid this platform because it’s usually negative but here’s your chance to change that with honest responses that are with verifiable actions behind them. Fankly after years of being lied to, being on the receiving end of unlawful actions and no one seeming to care to do anything about it even when child is at risk, and tragically laughable justification at best and intense cover up at worst I won’t believe anything is going to change until I see the facts. One person alone cannot change the amount of dysfunction in this district- somewhere down the line someone puts their own interpretation on it so that nothing changes for the families .

Flying: How to lower your impact
By Sherry Listgarten | 10 comments | 2,283 views