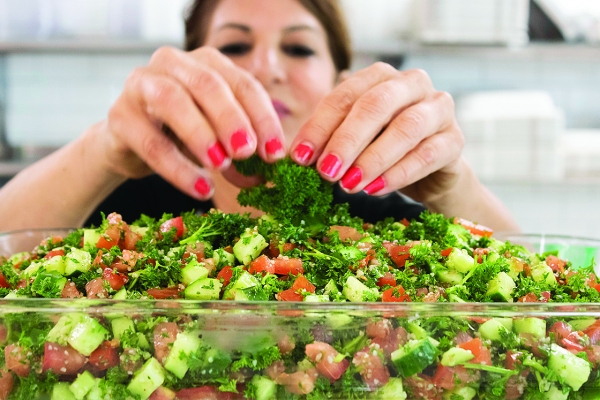 The tabbouleh gets a garnish at Rose International Market, which reopened in Mountain View after being displaced by a redevelopment project. Photo by Jenny Rodriguez. 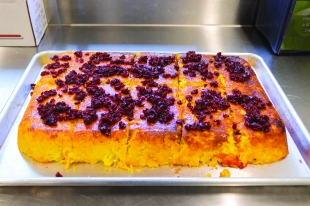 Tahchin saffron cake was a recent special of the day at Rose International Market. Photo by Jenny Rodriguez.

When I lived in Mountain View, Rose Market was within walking distance. I used to buy their cheese, meat and salads. Their take out food was always great, and there were plenty of baklava for dessert.

Now living out of state I always make Rose Market my first stop when visiting, which is quite often. I'm looking forward to check out their new place next month.

Thanks for this overview of their updated digs. It's always been a favorite of ours and we consider it a local treasure.