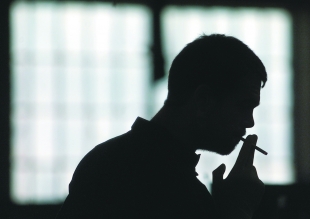 East Palo Alto is exploring an ordinance against smoking in multiunit housing, which is currently banned in 10 other jurisdictions within San Mateo County. Weekly file photo.

Reject the proposed condo and apartment smoking ban. The alarming 'data' put forward by the tobacco control activists is manipulated to achieve their prohibitionist goals.

The majority of studies—over 70 studies including the two most robust studies (Boffetta and Enstrom & Kabet showed no adverse effects from second hand smoke under normal exposure conditions). The second hand smoke ruse was developed to stigmatize and denormalize smoking and smokers.

See Boffetta, et al: Multicenter Case-Control Study of Exposure to Environmental Tobacco Smoke and Lung Cancer in Europe, Journal of the National Cancer Institute, Vol. 90, No. 19, October 7, 1998: "public indoor settings did not represent an important source of ETS exposure." (This case-control study used data from the IARC. The period of enrollment of case and control subjects was from 1988 to 1994--16 years; IARC=International Agency for Research on Cancer.}

This large study looked at 38 years worth of data: Enstrom, JE and Kabat, GC. Environmental tobacco smoke and tobacco related mortality in a prospective study of Californians, 1960-98 BMJ 2003; 326:1057.This study found "No significant associations were found for current or former exposure to environmental tobacco smoke before or after adjusting for seven confounders and before or after excluding participants with pre-existing disease." (This prospective study used American Cancer Society dataset.)

> The alarming 'data' put forward by the tobacco control activists is manipulated to achieve their prohibitionist goals.

Spoken like a die-hard smoker & most likely with a minimal concern for others.

This eliminates most fire hazards & the lingering stench and if the 'tobacco control activists' have a problem with this guideline, then they are the ones with an OCD issue/problem.

Interesting observation...tobacco smoke tends to linger more than pot smoke over a period of time.

Report Objectionable Content
Email Town Square Moderator
10 people like this
Posted by Herb Fan
a resident of another community
on Apr 19, 2019 at 6:44 am

Herb Perez already passed this law in Foster City and it is awesome to walk around not having to avoid clouds of Cancer. Not to mention the great side benefit of we dont see butts on ground. Smoking is +/- banned in Foster City. Thank you councilman Herb Perez. He took a lot of flack for it but it really is great.

Report Objectionable Content
Email Town Square Moderator
7 people like this
Posted by CrescentParkAnon.
a resident of Crescent Park
on Apr 19, 2019 at 6:55 am

In this day and age I have so little patience for anyone who defends smokers or smoking as some kind of a right. I know firsthand how difficult it is to start smoking and double difficult it is to quit smoking; and what possesses someone to begin to smoke and remain a smoker is the kind of mental process that apparently we do not understand, except we do know how to get people to smoke - you tell them they are cool and not subject to the laws of the universe, mavericks, special, not bound by ordinary rules and limitations, they do not have to worry about facts or impinging on other people [portion removed.]

Report Objectionable Content
Email Town Square Moderator
2 people like this
Posted by Resident
a resident of Another Palo Alto neighborhood
on Apr 19, 2019 at 7:34 am

I agreed with everything you said until the very last sentence.

How sad that every conversation has to turn to belittling people with a different political point of view.

I wish people would just state their opinions on a topic without making it about another tribe unrelated to the topic. I know smokers from all political sides and some of both are very antisocial in their habit. This tribalism is getting tiring.

Report Objectionable Content
Email Town Square Moderator
6 people like this
Posted by AllYouCanEat
a resident of Mountain View
on Apr 19, 2019 at 8:05 am

Tobacco? What about dope. Do you really want your children exposed while your neighbor tokes away on his or hers designer weed?

ChrisC is a registered user.


The dangers of secondhand smoke has been known for decades. It is no coincidence that Palo Alto City Council put this in months before recreational marijuana was available Jan 1, 2018. Palo Alto city cares nothing about the health of people living in multi-home dwellings; they want to prevent marijuana in their city every way they can.

Report Objectionable Content
Email Town Square Moderator
2 people like this
Posted by Reality
a resident of East Palo Alto
on Apr 23, 2019 at 5:31 pm

The smoking ban in EPA was implemented to protect the landlords from fire damages.

It is not a health-related mandate but rather one to protect capital investment.

> The smoking ban in EPA was implemented to protect the landlords from fire damages.

In other words it is a win-win? Was that a complaint? Are you a smoker?