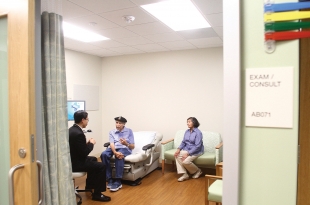 Neal is a registered user.


This doesn't surprise me one bit. Over the years I've had numerous billing disputes with Sutter at Palo Alto Medical Foundation. I've prevailed in all those disputes. They have a habit of over billing and over charging insurance companies. It's called up coding. Make sure the medical procedure code number on your bill matches the treatment your received. If the code number is not on the bill, call them and ask for it if you think something is amiss. You can Google the procedure code to get a precise definition. For example, I was billed for three colonoscopies. They said they would correct the bill. The next bill was for two colonoscopies. After much ado, they finally conceded they made a "mistake" and I only had one colonoscopy. This was deliberate and not just a clerical error.

Sue, this is very interesting, considering Medicare Supplement programs will no longer be offered after this year, but patients who currently have supplements will be grandfathered. New Medicare enrollees will have to purchase Plan C Medicare HMO plans, potentially opening the door for more fraudulent billing.

Who do they think they are?

I wonder how many people miss the long-ago "private physicians"?? I sure do - whenever I need to make an appointment.

ChrisC is a registered user.


Doesn't Surprise me either. I think they are bilking the government of many thousands of dollars on their behavioral health coding. I thought about trying to report it. It’s too bad, because they have really fine doctors there.

I'm still confused about the status of Sutter Health. On the web, it calls itself a "non-for-profit health system" based in Sacramento, and, lists PAMF as a "subsidiary". Does PAMF have an independent existence, or, not? Could PAMF take itself out of Sutter? I admit that in recent years, I've become more and more dissatisfied with PAMF. But, I'm not sure if that is specifically Sutter's fault, or, the entire insurance-driven health system we have now, where every question you ask a doctor has to become a "code" and billed separately.


Report Objectionable Content
Email Town Square Moderator
3 people like this
Posted by Abigail
a resident of Professorville
on Apr 20, 2019 at 6:18 am

I too am not surprised. For decades my family went to PAMF - wonderful doctors, staff, administrators. Several years ago we started noticing real differences when a family member had an acute serious illness. During these stressful weeks we were being sent for procedures that didn’t make sense and then getting charges for things not done - like 3 CAT scans. Hours, days and weeks were spent trying to resolve - while dealing with illness - and each step only led to more disturbing observation of absolutely no regard for the patient. Patient services use to be wonderful but now they are skilled at falsely pretending to care about the patient while focusing on how to protect Sutter - not make it better for both doctors and patients. Even someone in the billing department (as I was crying over this torture) confided it was all true and she couldn’t take it anymore and was leaving. I applaud the DOJ for their work, but Sutter has probably been getting away with this and will probably continue. After this incident my entire family and several friends left Sutter. Most of us went to Stanford’ - night and day difference!!

Sutter took over PAMF and it's worse ever since. Sutter doctors push people to get physical examinations and then use them to add on health problems to the exams and refer them to their specialists only. My mother in law's doctor said she had to get a physical. She did and died the following month. Sutter got easy free money from insurance for the physical and tests. Sutter did not care about her after she died. When she was alive, they loved her for making appointments to get more insurance money. If Sutter keeps ripping off Medicare and other insurances, it raises the costs of health care for every person in America.