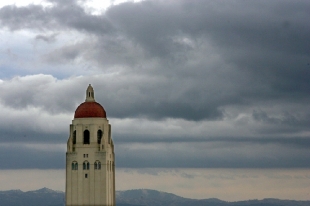 Stanford University is among the eight universities under a preliminary investigation by the Department of Education as a result of the college admissions scandal that led to federal indictments made public on March 12, 2019. File photo by Veronica Weber.

The U.S. Department of Education has launched a preliminary investigation into Stanford University and seven other universities across the country involved in the $25 million admissions scandal that led to the indictments of 50 people that were announced on March 12, according to news reports this week.

Stanford University confirmed that the federal agency is conducting the probe.

"We are reviewing the request for information and will work with the department to respond in an appropriate and timely manner," Stanford University spokesman E.J. Miranda stated in an email to the Weekly.

Politico reported that the letter sent to the universities stated: "The allegations made and evidence cited by the Department of Justice raise questions about whether your institution is fully meeting its obligations under federal education laws and regulations."

The investigation intends to determine if the institutions "violated any laws or rules 'governing the Federal student financial aid programs' or 'any other applicable laws,'" according to Politico.

The federal investigation comes less than a week after Stanford announced its own "comprehensive external review" of its admissions recommendations from the athletic departments, gifts to the programs and athletic-recruitment processes.

"This (review) will provide a second, higher-level verification of the athletic credentials of recruited student-athletes before that information is shared with the admission office, to be considered as one factor in a comprehensive review of each student's qualifications for Stanford admission," President Marc Tessier-Lavigne and Provost Persis Drell wrote in a blog post on March 21.

The federal investigation includes the elite universities tied to William "Rick" Singer, who spearheaded the scandal that involved fake athlete profiles created to secure a student's classification as an athletic recruit, though in many cases the applicant had little to no experience in the sport.

Singer's scheme also included cheating on standardized SAT and ACT exams, for an average of $15,000 to $75,000 per test, and spanned from 2011 to last February. A test proctor and exam administrators were also indicted.

Of the 33 indicted parents, 10 have connections to the Palo Alto area. Many come from lucrative backgrounds, holding jobs as lawyers, doctors, venture capitalists and CEOs, among other professions. Five of the 10 local parents are scheduled to make a court appearance this Friday in Boston, Massachusetts, where prosecutors filed the indictments.

Athletic staff are also among the indicted, including John Vandemoer, who was fired as Stanford's head sailing coach earlier this month for accepting as much as $770,000 to designate two applicants as sailing recruits, though they both ultimately chose not to enroll at the university.

Vandemoer faces up to 20 years in prison, three years of supervised release and a $250,000 fine for pleading guilty to a charge of information with racketeering conspiracy. His sentencing is set for June 12.

• Listen to the March 15 episode of "Behind the Headlines," where Palo Alto college adviser John Raftrey discusses the implications of the nationwide admissions bribery scandal, now available on our YouTube channel and podcast.

• Pressure over college admissions 'out of control'

• Opinion: Lessons parents should learn from the college-admissions scandal

• Editorial: The audacity of privilege

A Pragmatic Approach to A Trillion Trees
By Sherry Listgarten | 1 comment | 2,980 views

The University of California’s flexible policies during COVID-19
By John Raftrey and Lori McCormick | 6 comments | 2,147 views

Repairing a Disagreement with your Beloved & “Physical” vs. “Social” Distancing
By Chandrama Anderson | 0 comments | 1,699 views