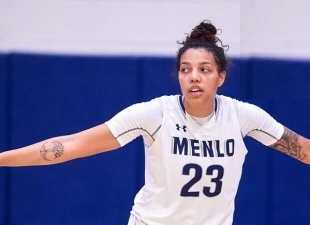 Destinee Bowie has recorded 13 double-doubles on the season. Photo courtesy of Menlo Athletics.