Tidbits on people, events and other happenings in Palo Alto 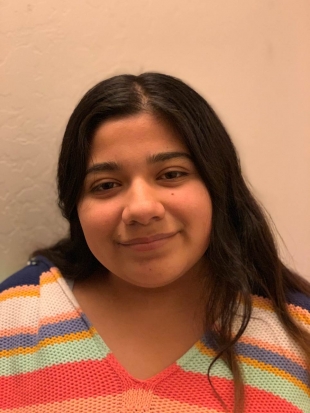 FUTURE LITIGATOR ... A Menlo Park teenager and Deferred Action for Childhood Arrivals (DACA) recipient who plans to become a lawyer has been named the inaugural recipient of a scholarship created to honor retired Judge LaDoris Cordell. Addy Raquel Palacios, a sophomore at East Palo Alto Academy, will receive full tuition to attend the Intensive Law & Trial program at Stanford University, a 10-week program that exposes high schoolers from around the country to the theory and practice of law. (Tuition for the 2019 program is about $4,000.) In Cordell's 40-year career, she served as a Santa Clara County Superior Court judge, as a member of the Palo Alto City Council, as Stanford's vice provost and special counselor to the president for campus relations and as the independent police auditor for the city of San Jose. Recent attempts to end DACA, which protects young people whose parents brought them to the U.S. illegally, sparked Addy's interest in a legal career. "Once I become a lawyer, I would like to help make sure laws protect human rights and create a just society," she said. The scholarship was created by Envision, which provides career and leadership programs for K-12 students, and will be awarded to one East Palo Alto Academy student annually.

'OH THE PLACES YOU'LL GO!' ... The Palo Alto Library has opened three Pop-Up Libraries in the city to help the public dive into a good e-book. The collection includes books from the "Crazy Rich Asians" trilogy by Kevin Kwan and titles by Apple CEO Steve Jobs' daughter Lisa Brennan Jobs and comedian David Sedaris. The pop-ups can be found at the YMCA of Silicon Valley, Cafe Venetia at the Palo Alto Caltrain station and City Hall's first-floor lobby. The project, part of a national experiment run by book distributors Baker and Taylor and their e-book collection, Axis 360, is set to run through April. Users simply connect to the pop-up's Wi-Fi network and download a title that will be on their electronic devices for up to three weeks. It's open to everyone with a smartphone, tablet or computer, regardless of whether they have a library card.

Like this comment
Posted by Resident
a resident of Another Palo Alto neighborhood
on Feb 25, 2019 at 9:14 am

Is there a fear that Palo Altans are not reading good books? Is the library thinking that perhaps we are no longer checking out books so that equates that we are not reading?

For myself I used to use the library a great deal and yes, I admit, I haven't checked out as many lately as I used to.

For myself, there are a few reasons and I would say I am fairly typical. With a Kindle, there is an immediancy aspect to hearing about a book recommendation and actually being able to start reading within minutes. Amazon has been able to get books to me so quickly and often on the first day of publication that there is an attraction to being able to do that. Of course when you do both of these they have to be paid for, but the ease of buying anything by credit card is a big problem and this just adds to it. Even Costco seems to know that people are not browsing their book titles as the amount of shelf space allotted to books has dwindled completely.

The other aspect which libraries can't compete with is the wait time for a popular book. With all the hype of the publication of a new volume by a popular author, the hold list is much longer than the number of volumes available for lending. The last couple of "just published" books after publication date that I wanted to read meant that I would have to wait at least a couple of weeks until I could check the book out.

On the other hand, I was able to find some older out of print books in the Link program which is a wonderful service.

I hope the pop up libraries do work for our library service. The many little libraries that residents have put up in their yards do attract a great deal of attention by passers by. Reading is something that should always be encouraged in any way we do it, but libraries themselves don't have to fear that we are not reading just because we are not checking out their material.

Congrats to the DACA child - what a great story!

The DACA situation is so sad, however. Trump was offered $25 billion for the useless wall, along with a DACA fix, and he turned it down.

Report Objectionable Content
Email Town Square Moderator
3 people like this
Posted by Pied Piper
a resident of Gunn High School
on Feb 25, 2019 at 11:38 am


Why are we honoring Ladoris Cordell? 'Tis she who broke the City's budget by offering
lifetime 100% city-paid health benefits to part time city employees, something we residents don't have.

Report Objectionable Content
Email Town Square Moderator
5 people like this
Posted by No More Freebies
a resident of Barron Park
on Feb 25, 2019 at 12:57 pm

DACA residents should first apply to become US Naturalized citizens before receiving any benefits from government & private US entitlement programs.

It's only fair to those who are here legally.


Report Objectionable Content
Email Town Square Moderator
2 people like this
Posted by She's Amazing
a resident of Another Palo Alto neighborhood
on Feb 26, 2019 at 11:02 am

Addy, you're an amazing young woman and are on your way to accomplishing so much! Thank you for your bravery and your desire to change the world! Don't let any of these commentators (or anyone else!) make you feel any different!

Singapore's oldest cafe was about to open in Palo Alto. Then, the coronavirus hit.
By Elena Kadvany | 1 comment | 4,675 views

A Pragmatic Approach to A Trillion Trees
By Sherry Listgarten | 4 comments | 4,131 views

Repairing a Disagreement with your Beloved & “Physical” vs. “Social” Distancing
By Chandrama Anderson | 2 comments | 2,807 views

The University of California’s flexible policies during COVID-19
By John Raftrey and Lori McCormick | 6 comments | 2,706 views