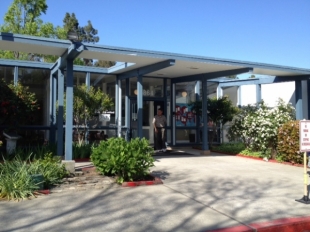 Abilities United, a 65-year-old Palo Alto nonprofit serving children and adults with disabilities, will merge by this June with the larger Redwood City-based nonprofit Gatepath. Photo by Sue Dremann.

Elizabeth Wolf is a registered user.


I just read the February 23 article in the Palo Alto Online that two very important and valued non-profits in our community have chosen to merge. Abilities United of Palo Alto and Gatepath of Redwood City appear to be a very good fit with missions and programs about as close as you can get. As a former Board Member of Abilities United and a long-time supporter, I congratulate each of these agencies for the determination to work very hard to stay in our community. That is not an easy task in today's financial world. I can't help but believe it has been a major and difficult decision.

I want to wish them a strong and long-lasting merged agency that helps and supports our community members with disabilities and their families. It can only work if neighbors and friends of each of these agencies "go to bat" for all that it takes to run a successful non-profit today. Our government has not made it easy to do this for those who are disabled. I strongly support this decision of the brave Board Members of Abilities Unites and Gatepath who must have agonized about broadening the scope of their own precious agency to include another valued nearby agency, very similar in focus and financial needs, in order to survive. We must help them to succeed. Please consider making a financial donation or volunteering your time to help ensure that their essential services for people with developmental disabilities continue well into the next century.


Abilities United has already drastically reduced services by not rebuilding their pool and resuming their unique aquatic therapy which was the original purpose of Abilities United. There are so few aquatic therapy pools on the Peninsula and South Bay. They have made no effort to fundraise for a new pool. I fear that they plan to sell their current site to fund ongoing activities - just not in Palo Alto.

Please Apply So We Can Reject You!
By John Raftrey and Lori McCormick | 6 comments | 2,708 views