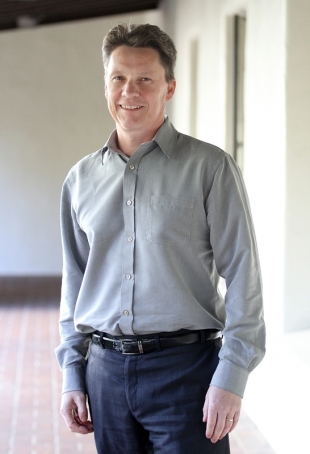 Deputy City Manager Rob de Geus will step down from his position in February to serve as city manager at Westlake Village. File photo by Veronica Weber

Posted by Name hidden
a resident of Charleston Meadows

12 people like this
Posted by Keene dynasty
a resident of Another Palo Alto neighborhood
on Jan 19, 2019 at 4:20 pm

This could be a good thing given the recent survey of growing dissatisfaction with the City which reflects Keene's work.

This is yet another person taking credit for the pets in need resolution, sheesh how many chiefs, assistants and assistants to the assistants did it take to work on that?

Transitions are not easy but they could be opportunities which hopefully in this case will be used for the benefit of residents and not the same ole same ole.

Report Objectionable Content
Email Town Square Moderator
6 people like this
Posted by Mark Weiss
a resident of Downtown North
on Jan 19, 2019 at 7:17 pm

This is creeping towards feudalism (systematic undermining of public sector) or worse.

Report Objectionable Content
Email Town Square Moderator
7 people like this
Posted by Mark Weiss
a resident of Downtown North
on Jan 19, 2019 at 7:18 pm

Report Objectionable Content
Email Town Square Moderator
12 people like this
Posted by Rose
a resident of Old Palo Alto
on Jan 21, 2019 at 10:39 am

Rose is a registered user.


Rob,
Many thanks for your service to our residents. You’ve always been approachable, open and available to community members. We’ll miss you.

Report Objectionable Content
Email Town Square Moderator
8 people like this
Posted by Old Palo Alto Resident
a resident of Old Palo Alto
on Jan 21, 2019 at 10:45 am

Just curious-- What type of pension/benefit package does Mr. DeGeus depart with after 19 years of service in PA?

Report Objectionable Content
Email Town Square Moderator
14 people like this
Posted by Thank you, Rob.
a resident of Duveneck/St. Francis
on Jan 21, 2019 at 12:27 pm

Thank you, Rob. is a registered user.


It has been a pleasure working with you as a citizen volunteer, Rob. Your positive attitude, civil and warm demeanor, and caring and thoughtful problem-solving will be missed--along with all of the historical knowledge of our fair city that is tucked away in your brain.

I'm sad to see you go...but wishing you the very best in your next endeavors. 19 years. Wow. Time flies.

Report Objectionable Content
Email Town Square Moderator
4 people like this
Posted by Sheri
a resident of Midtown
on Jan 22, 2019 at 10:44 am

Sheri is a registered user.


Congratulations, Rob! Enjoyed working with you these past many years and wish you well on your new endeavor.