East Palo Alto school aims to give low-income students, families a leg up 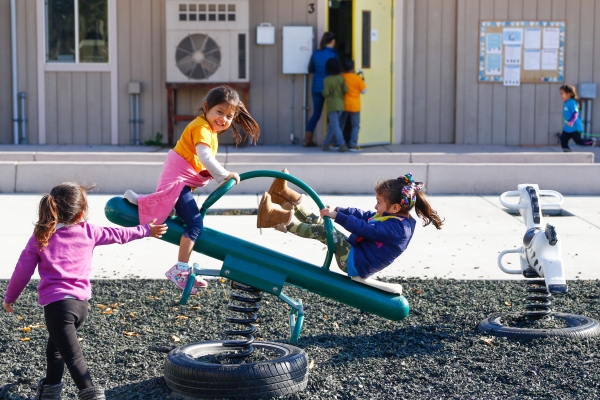 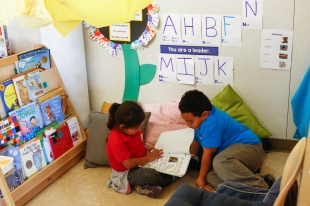 Sofia Ochoa Zarate, left, and Jo'Zaya Langi, right, read together in their preschool class at The Primary School in East Palo Alto on Dec. 12, 2018. Photo by Veronica Weber.

Good project - I think.
None the less - heard that
1. CZI - the foundation - is notoriously badly run.
2. Priscilla & Mark insulate themselves from any direct communication with non-profit people, to the point of returning mail with the "refused" mark

I tried getting my child into that school. Went to orientation , the entire process in order to be able to have my child enter the lottery. Unfortunately my child never made it. I know a handful of people that didn’t attend any meeting and their children were enrolled.
How exactly did that happen?

Report Objectionable Content
Email Town Square Moderator
5 people like this
Posted by Midtown Mama
a resident of Midtown
on Jan 11, 2019 at 4:47 pm

As a retired public school teacher with 30 years of experience, I can say that this concept is very inspiring! Keep up the good work!

3 principals in 3 years? With the implication that the first two just weren’t up for the hard work? Sounds fishy and extremely problematic. How many teachers have turned over? What kind of work culture does this school have? The kids come first, yes, but adults who stay on and can have a relationship with kids and families past one year are also super important.

Report Objectionable Content
Email Town Square Moderator
8 people like this
Posted by Belen Barragan
a resident of Midtown
on Jan 12, 2019 at 8:46 am

I was raised in East Menlo and East Palo Alto and being able to not only thrive for my community but to teach in my community is a true blessing. TPS not only encouraged me but also provided the people and guidance in ways that the district nor my community could at a young age.

Report Objectionable Content
Email Town Square Moderator
5 people like this
Posted by Max
a resident of Community Center
on Jan 12, 2019 at 8:40 pm

Charter schools actually receive less funding per pupil than public schools, but yet somehow they have higher assessment scores. Just because traditional schools feel the pinch doesn't mean charters are operating on their expense. Traditional schools have to earn students, and the funding that follows them, back.

Report Objectionable Content
Email Town Square Moderator
2 people like this
Posted by Pricila for ALL Ravenswood Students
a resident of East Palo Alto
on Mar 10, 2019 at 3:43 pm

Menlo Park and Sequoia High School are trying to absorb Ravenwood School District, why don't we ask Pricilla to absorb the whole district? She seems to know what she is doing. I'am sure she would do better at educating our students than Raveswood does. They have wasted so many years and our student's continued to have low scores, low graduation numbers, and big numbers of school dropped either because they were not prepare for the challenge or because they were not engaged, or simply because they have some nasty teachers like the one who used to work at Belle Haven, and because of parent's complaints, she was moved to RMS, where also parents have pulled out their children from they classroom due to the way she treats the students. Principals and teachers know about it, but no one does anything about it.