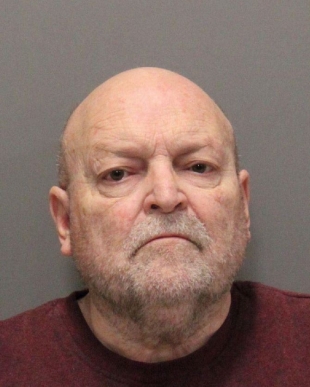 John Arthur Getreu, 74, of Hayward, has been arrested in connection with the death of Leslie Marie Perlov, whose body was found near the foothills behind Stanford University on Feb. 16, 1973. Image courtesy Santa Clara County Sheriff's Office.

Has the Janet Ann Taylor murder ever been solved? Is this man now a suspect?

What has he been doing in the 45 years since the 1973 murder? Is his DNA on record because he has committed other crimes?

xxxx is a registered user.

But the article does address your last question. It says that the DNA analysis homed in on Getreu based on his relatives' DNA, which was publicly available. Then the investigators got some current DNA, presumably from something he discarded, and that was matched with the old DNA.

Report Objectionable Content
Email Town Square Moderator
15 people like this
Posted by A Long Time Coming
a resident of Los Altos Hills
on Nov 21, 2018 at 12:16 pm

I remember this incident and it was presumed to be a cold case.

How could the suspect have lived with himself all these years and just go about business as usual?

Amazing how DNA can provide key forensic evidence to unsolved cases that took place long ago. A double-edged sword in that prior to its practical applications, some suspects got away while others may have been wrongly convicted.

Sounds like they’re pretty sure they got the right guy. I hope so. Must be terrifying to be facing prison at 74 years old. I always tell my kids to consider the possibility that there really is no escaping justice, and always act accordingly.

I was there during the arraignment. The sister read a statement that lasted 4 minutes. All the political mucky-mucks were there, like Sheriff Laurie Smith, the mayor, the DA, etc. The defendant was in a wheelchair.

What I think is unique about this murder case is that the DNA was based upon familial relations who made their DNA 'publicly available'.

Report Objectionable Content
Email Town Square Moderator
1 person likes this
Posted by Anon
a resident of Another Palo Alto neighborhood
on Nov 27, 2018 at 8:28 am

This case is a perfect example of why all the backlog of rape kits and other (DNA-containing) evidence needs to be tested. It may seem costly, but, there are sometimes other, and sometimes many other, cases that may be resolved. Who knows how many other crimes a perpetrator may be guilty of? As we have seen recently, sometimes it is many others.

Report Objectionable Content
Email Town Square Moderator
10 people like this
Posted by No Sympathy for the Guilty
a resident of Barron Park
on Nov 27, 2018 at 8:36 am

> Must be terrifying to be facing prison at 74 years old.

The guy had 40+ years of freedom after committing this crime. Time's up.

No sympathy if found guilty.

Report Objectionable Content
Email Town Square Moderator
2 people like this
Posted by Buying Time
a resident of Barron Park
on Nov 27, 2018 at 2:16 pm

> I was there during the arraignment.

Did the defendant plead not guilty? They always do and then hang out in county jail for months before finally being brought to trial. In this particular case, there will be a pre-trial hearing so the guy has bought plenty of time to meet with his CAA and get his 3 squares a day.

Report Objectionable Content
Email Town Square Moderator
3 people like this
Posted by Jay
a resident of another community
on Nov 27, 2018 at 6:05 pm

Astounding that b/c he was a juvenile he served two (2) years for rape and murder of a sixteen year old in Germany in the early '60s.

^ Wonder if that judge was recalled afterwards.

Posted by Jay, a resident of another community

>> Astounding that b/c he was a juvenile he served two (2) years for rape and murder of a sixteen year old in Germany in the early '60s.

Based on the few facts that have been publicized, it would be a good -guess- that the accused is a psychopath. It wasn't well understood at the time that psychopaths can't be reformed, and that violent psychopaths generally remain so, and need to remain locked up. No one on the outside should make a diagnosis in this particular case. It seems obvious in retrospect that the system failed in this case, but, that is 20/20 hindsight. When dealing with psychopaths, it certainly causes speculation regarding what other crimes were committed that were not resolved, or not even detected.