Supervisors gear up for negotiations with Stanford

Faced with 'transparency' concerns, county board endorses approach for discussions on a development agreement 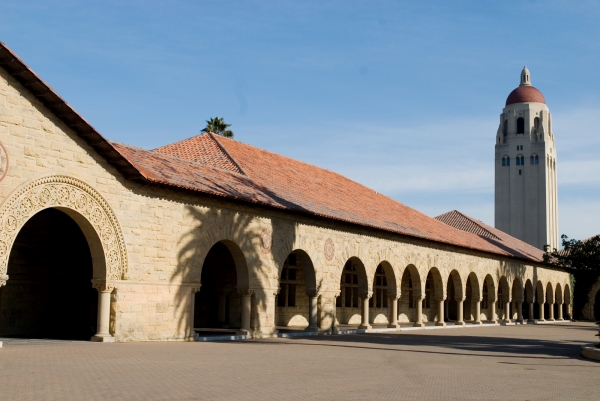 Stanford University is asking Santa Clara County for permission to expand, and the county's Board of Supervisors on Oct. 16 decided to form an ad hoc committee to discuss the plans and Stanford's obligations to mitigate the impact of its growth. Weekly file photo.

Here’s one problem as I see it: Stanford has unlimited money. They’ll throw it at the city until the city agrees to what Stanford wants. But nothing (nothing!) can replace the traffic already on el Camino, page mill, 101, 280, and surrounding side streets. The city can’t ban cars at Stanford. Adding people just makes all traffic worse and the area a harder place to live, which is actually a lose-lose for both Stanford and Palo Alto imo.

How can Stanford add a lot of kids to the schools without paying taxes? That seems ridiculous. If they want to be a huge landlord, then they've got to pay their share.

Why is Palo Alto attempting to charge the university at a higher rate than any other organization?


A higher rate? With construction square foot rates of over $1,000 in Palo Alto, it looks like Stanford's getting quite the deal.

"Last month, the board approved an ordinance requiring Stanford to pay $155.8 million in affordable housing fees, or $68.50 per square foot of new construction. Stanford has previously offered to pay between $17 and $20 per square foot, or between $28.7 and $45.5 million." Web Link

Report Objectionable Content
Email Town Square Moderator
3 people like this
Posted by Todd Collins
a resident of Barron Park
on Oct 18, 2018 at 11:23 am

Thanks to the Weekly for good coverage. This is a huge issue for our schools and our community and we all need to engage to get a good outcome.

Please check out this web site, www fair-share-GUP com, Web Link, for more information about the school financing issue and why Stanford needs to pay its fair share.

Report Objectionable Content
Email Town Square Moderator
2 people like this
Posted by Susan
a resident of Southgate
on Oct 18, 2018 at 1:56 pm

Based on this article, it seems that the county is sensitive to the issue of affordable housing but not so much to the other issues that concern people living in proximity to Stanford, like traffic, access to open space, and school costs. (At least, those issues are attributed to Palo Alto citizens and officials in the article and not echoed by county officials.) In view of this, giving the public 2 weeks to comment on a completed development agreement doesn't seem sufficient. It's very hard to influence things once terms are nailed down. My questions are: Will the the meetings between Stanford and the County to discuss proposals leading up to a finalized agreement be public? Will members of the public be allowed to comment?

Has everyone gone MAD? Whadeheyah? (Cherokee, for what's the deal?). I'm now a Texan, thank goodness! PA is an island in SV prosperity; there's no ETJ, your borders are forever defined. Y'all got room to spare - there's no "Deep Pocket", only a search for seeking the "Deeper Pocket" - when it's dry; you've got nothing.
Seems to me that everything's an ersatz push-through mentality. I remember a "gentler-kinder" day when Stanford and PA worked together; PAUSD was focused on Education - not lease agreements. The onslaught of affluence drove out a representative PA population - perhaps a lesson in city, county and state planning.
2014 State of PA is worth a look-back; Web Link Hank