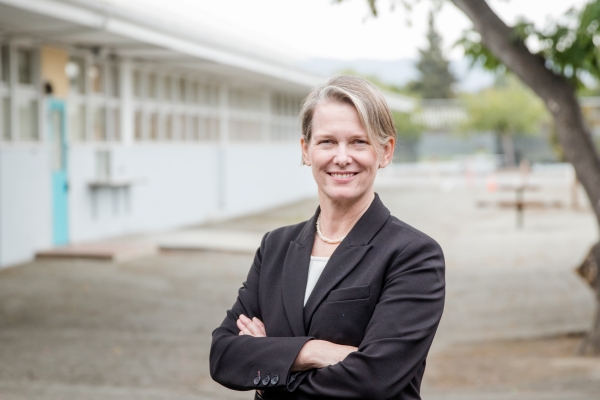 Council candidate Alison Cormack, standing at Cubberley Community Center, says she wants to work on the redevelopment plans for Cubberley and would like to see some affordable housing included there if she's elected. Photo by Veronica Weber.