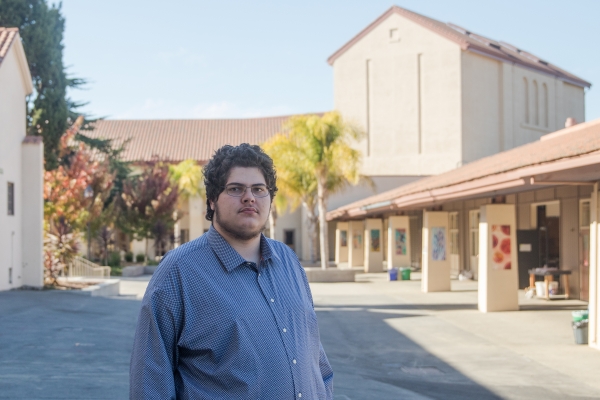 Alex Scharf, who graduated from Palo Alto High School in 2015, believes his experience with the school district's special-education services could help the school board solve problems with the program. Photo by Veronica Weber. 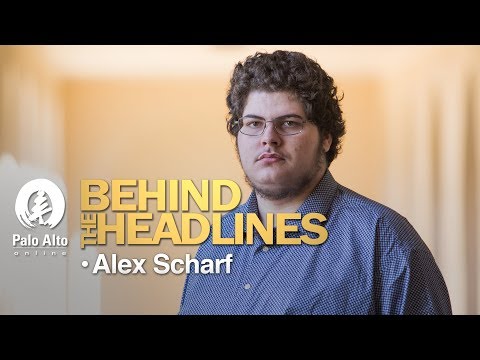 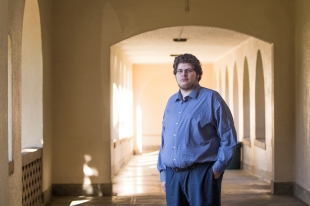 Alex Scharf knows intimately what it's like to be a student in the Palo Alto Unified School District.

While Scharf willingly admits he's not been closely watching the school board, only recently attending board meetings after deciding to run for a seat in the November election, he sees his firsthand experience with key district issues, especially special education and student mental health, as uniquely beneficial.

"I've had a lot of problems in the district and it's one of those things where I've kind of always thought, 'How hard can it be (to solve) some of these simple problems?' I don't need to necessarily do everything; that's why there are multiple people on the board," he said in an endorsement interview with the Weekly. "I can help solve a lot of these issues that don't seem to be looked at or (that the board hasn't) spent effort on solving."

Scharf received his first individualized education plan (IEP) in fifth grade, he said, due to problems he had with a teacher the year before. Based on his experience in middle and high school, he's sharply criticized teachers' failure to provide required special-education services. At Paly, he said, one teacher marked down a perfectly scored science test due to grammatical errors, despite the fact his IEP stated that he didn't have to worry about spelling and grammar in classes other than English. As a result, he failed the test.

In another example, he said he decided to audit Advanced Placement physics and on the first day of the class was told he wasn't allowed to enroll. He and his mother pushed back, but it took nearly three months for the district to agree he could audit the class — at which point, he said, it felt too late in the school year to do so.

"Even though we ended up kind of winning that argument, you kind of lose in the end anyway," Scharf said.

He attributes these kinds of issues to a lack of training of teachers about special-education compliance and requirements. Increased training should be paired with an accountability system, including punishment for teachers who don't follow through.

Scharf's experience in Palo Alto was often defined by what he described as "long, drawn-out fights" with the district for services and access. The No. 1 actions the district should take to mend what many special-education families feel is an adversarial relationship are to simply listen and be responsive, he said.

"You have to earn trust through action," he said. "I think the most important thing is to do what you say you're going to do."

He's supportive of another candidate's proposal to create an ombudsperson position, an independent office for receiving and investigating students', parents' and staff members' complaints.

Scharf has also criticized the district's case-manager structure, which he said isn't conducive to students developing relationships and advocates. When he was in middle school, case managers were assigned by grade, and in high school, he had four different case managers due to high turnover.

"I never really got time to know them and have them advocate for me properly," he said.

Scharf also has been open about his own struggles with mental health, including a depression

diagnosis, being bullied throughout his time in the district and taking a gap year after graduating to focus on his physical and mental health. In 2015, Scharf helped plan a youth forum on mental health called "In This Together: A Place to Share, A Place to Support, A Place to Heal." The goal was to raise awareness about mental health among both youth and adults, with discussion circles and workshops.

On his campaign website, alongside endorsements and campaign promises, are links to numerous special education and mental health resources and the option to donate to the National Alliance on Mental Illness (NAMI) in addition to or instead of a campaign contribution.

An Adolescent Counseling Services counselor in middle school who Scharf said breached confidentiality left him with a negative perception of support services in the district, though he acknowledges that improvements have been made since he graduated, including the hiring of full-time, licensed therapists rather than interns and the opening of wellness centers at both high schools. These additions, while positive, still merit close evaluation, he said, including to make sure that all students, regardless of race or socioeconomic background, are accessing services if needed.

He sees teachers, however — as the adults interacting the most with students every day — as the most powerful advocates for student mental health. He believes teachers who actively support students' well-being should be recognized or compensated in some way.

Scharf has also proposed that the district provide scholarships or some form of financial compensation for students who are seeing therapists outside of school to increase accessibility and encourage students who need help to seek it.

Scharf seems cautiously optimistic that the district of today is on a path to be better than it was when he was a student. He's heartened by a change of the guard at the district office but cautions that "change in personnel is not the progress itself."

• Family members: I live with my parents and five parrots, three of which are fosters.

• I've lived in Palo Alto for: All my life. I was born here.

• Favorite quote: "In theory, there is no difference between theory and practice. In practice, there is." — Jan van de Snepscheut

• Proudest moment: I'm proudest of the fact that I keep trying and not giving up after failure. So many treatments haven't worked for my depression over the years, but I keep being willing to work through and try new things and not give up. I am proud I've stuck through 10 years and found something that worked.

Read more about this year's Palo Alto Board of Education candidates here.

These local restaurants are donating meals to Bay Area residents in need. Here's how to help.
By Elena Kadvany | 6 comments | 11,127 views

Coronavirus: Plan ahead now for a big outbreak
By Diana Diamond | 19 comments | 4,137 views

Will the Coronavirus Save Lives?
By Sherry Listgarten | 29 comments | 3,908 views

The first few seconds after awakening; before I remember the virus
By Chandrama Anderson | 0 comments | 989 views