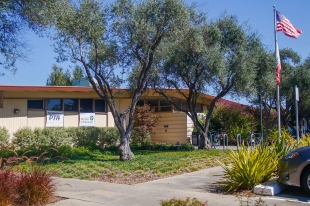 The new general counsel at Palo Alto Unified will be expected to provide periodic recommendations on special education-related legal issues, among other topics. File photo by Veronica Weber.

11 people like this
Posted by Truth and Reconciliation
a resident of Another Palo Alto neighborhood
on Sep 27, 2018 at 8:31 pm

I would like to see an ombudsman with teeth who can advocate for families, because we have had and will likely still have a situation in which only those wealthy enough to hire special ed attorneys and advocates can enforce access to accommodations they are entitled to under the law. This is inherently in violation of state equal access rules and federal civil rights rules.

I would like the candidates to explain how they would ensure that district legal does a better job serving families of the district, especially where there is a complaint, and avoiding being like personal legal services for administrators? How should legal counsel handle a complaint of civil rights violations? Should they always defend the district even when an apology is due (like they have been) or try to be impartial and figure out how the district can best work with the family to solve problems?

I am still very concerned that I see no mechanism to feed a culture of truth, reconciliation, and problem solving, and certainly no mechanism to stop things if they go bad again. How would the board prevent the legal counsel from taking us back to a culture that treats special needs families like the enemy? It seems like they haven’t come to terms with that.