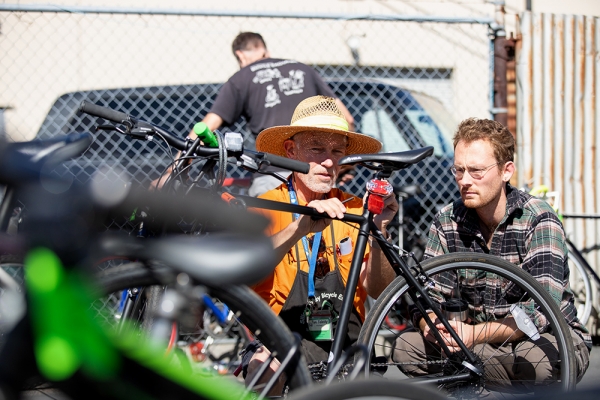 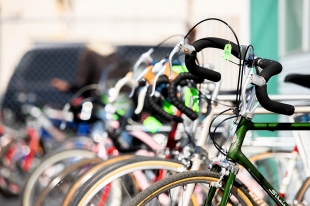 Bikes for sale at the Bike Exchange on Sept. 15, 2018. Photo by Magali Gauthier.

Mark Noack writes for the Mountain View Voice, the sister publication of PaloAltoOnline.com.

Carl Jones is a registered user.

I have contributed bike(s) to them in the past - they do a great job and deserve the help.

For the future...Where can we donate? is a registered user.


What's the contact info for this organization? Where can we donate bikes and money?

Report Objectionable Content
Email Town Square Moderator
4 people like this
Posted by VS
a resident of Greenmeadow
on Sep 21, 2018 at 12:23 pm


Dear For the Future,

This article does now say they may have to wait until after they move to accept more used bikes...

Report Objectionable Content
Email Town Square Moderator
8 people like this
Posted by Heather Frok
a resident of Mountain View
on Sep 21, 2018 at 6:50 pm

I'm am thrilled by this news! Dave Fork is my brother and when we were growing up in NJ, he built me a beautiful chrome bicycle from junkyard parts. He and his group of volunteers do an amazing job sharing the joy of bicycling with many who might otherwise never have this chance. Thank you to Google for providing a new home for the Bike Exchange and thank you to my brother and all the volunteers who work so hard help others become bicycle owners and happy riders.

Portland's Thai food darling Pok Pok will be popping up on the Peninsula this spring
By Elena Kadvany | 2 comments | 3,427 views

Flying: How to lower your impact
By Sherry Listgarten | 16 comments | 2,823 views

Overachieving in High School: Is It Worth It?
By Jessica Zang | 6 comments | 1,360 views