Christian Fuentes extradited from Colorado where he was sentenced for murder

by The Almanac/Palo Alto Weekly staff 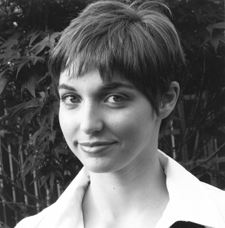 Cate Fisher, 19, a Menlo-Atherton High School graduate and Menlo Park gymnastics teacher who was killed in a July 2011 shooting in which she was not the intended target, according to investigators.

A 27-year-old man has been extradited to San Mateo County to face murder charges for a fatal 2011 shooting of a Menlo Park woman in East Palo Alto, the San Mateo County District Attorney's Office said on Tuesday.

Christian Fuentes, formerly of East Palo Alto, was arraigned for his alleged role in the July 13, 2011 fatal shooting of Catherine (Cate) Fisher, 19, a college student and a Menlo Park gymnastics center instructor who, investigators say, wasn't the intended target of the shooting.

Around 2 a.m. that day, Fisher was sitting in a Chevrolet Tahoe parked near a driveway in the 2500 block of Annapolis Drive near University Avenue with a man and another woman, prosecutors said.

Three people, one of whom was later identified as Fuentes, allegedly pulled up next to them in another vehicle. Two of them got out of the vehicle and began firing a 9mm firearm and .40-caliber rounds at the Chevrolet. Investigators later determined the incident to be a "gang execution shooting," according to prosecutors.

Fisher was struck by the gunfire and was pronounced dead at Stanford Hospital. The two other occupants of the Chevrolet were not hit by the bullets, police said at the time.

The two alleged shooters left the scene for Colorado, where Fuentes took part in the murder of a rival gang member for which he was later convicted and sentenced to 84 years in prison, the District Attorney's Office said.

Fuentes was arraigned on charges of murder, attempted murder, shooting at an inhabited dwelling, being a felon in possession of a firearm, driving or taking a vehicle without consent and driving a motor vehicle without a valid driver’s license. He is being held without bail at the Maguire Correctional Facility in Redwood City.

The other two suspects (the driver and the second alleged shooter) are still at large, according to the District Attorney's Office.

The 27-year-old man faces a sentence of life without the possibility of parole and the death penalty for the 2011 shooting. He is scheduled to return to court on Sept. 28 for a plea hearing.

You cant shoot 40.cal rounds out of a 9mm handgun
Unless you ment to handguns where used of those mentioned calibers.

6 people like this
Posted by Another CP Concerned Resident
a resident of Crescent Park
on Sep 20, 2018 at 8:23 am

> You cant shoot 40.cal rounds out of a 9mm handgun
Unless you ment to handguns where used of those mentioned calibers.

Let's not get too technical as I am quite sure the PA Weekly writer intended to convey that two different shooters and two different handguns were used in this tragedy...a 9mm and a .40 cal.

Curious. How does one serve two different murder convictions that took place in two different states? And which one takes priority if a death sentence is mandated?

Growing up with + being a family friend of Christian and his family-- I have witnessed the regret, tears and PAINFUL journey from all sides-- the consequences for his actions.

Fast forward to now-- as an EPA resident & young adult myself---I am a strong advocate for after school programs, Sports, clubs within EPA that help keep our future off the street and busy. I volunteer my time with the mindset that one mentorship interaction has the ability to be the difference to deviate from this statistic.

There is beauty in EPA! One person can make a difference-- it just takes effort.

My heart goes out to the victim's families.

Report Objectionable Content
Email Town Square Moderator
12 people like this
Posted by Why?
a resident of Another Palo Alto neighborhood
on Sep 20, 2018 at 1:48 pm

> Growing up with + being a family friend of Christian and his family-- I have witnessed the regret, tears and PAINFUL journey from all sides-- the consequences for his actions.

So the questions remains...why did he do it (not once but twice?) in CA and CO.

It's hard to feel any empathy for the shooter.

The first few seconds after awakening; before I remember the virus
By Chandrama Anderson | 0 comments | 2,336 views

Can you Stay Healthy without Making More Trash?
By Sherry Listgarten | 2 comments | 1,642 views

Think about helping others in our coronavirus-affected area
By Diana Diamond | 2 comments | 1,173 views