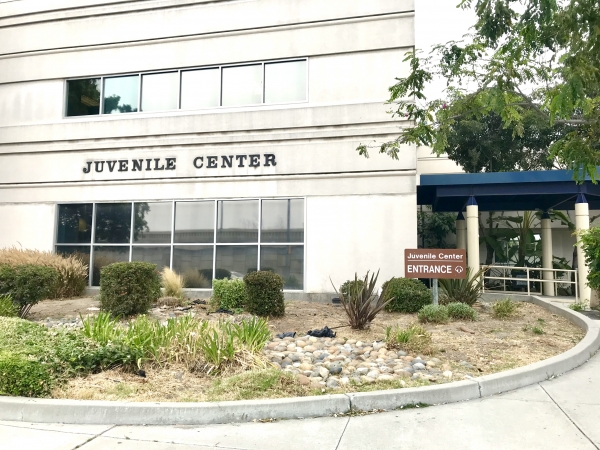 
This is the kid who Kim Diorio et al (including PTSA members) found it appropriate to leave on the same campus as his victim.

Let's see all those teachers and staff that defended Diorio at the school board meetings last year. Maybe they need to think about the young students that were harmed.

PAUSD even managed to promote Kathie Laurence to principal at Gunn even though she failed the student miserably.

JoanneH is a registered user.

Report Objectionable Content
Email Town Square Moderator
60 people like this
Posted by Downfall
a resident of Fairmeadow
on Aug 24, 2018 at 11:05 pm

Downfall is a registered user.


This is deplorable, I don't care how young he was when he committed the crimes. 3 lives he potentially permanently impacted or destroyed and he gets 60 days in juvie? I really hate our society some times. I understand giving juveniles a second chance and less harsh punishment but this kid was apparently a serial assaulter before he even finished high school.

Report Objectionable Content
Email Town Square Moderator
100 people like this
Posted by Rebecca Eisenberg
a resident of Old Palo Alto
on Aug 25, 2018 at 12:58 am

Rebecca Eisenberg is a registered user.


This entire episode is shameful and worst of all, it could have been avoided. What makes it most horrendous is the cover-up [portion removed] and unethical responses by the school district.

Let's be clear here: the law is GOOD and it is there to protect all students. No one -- no girl, no boy, no teacher, no staff member, no animal, no plant -- benefits from the presence and support (whether direct or indirect in the form of tolerance) of a sexual assailant. Protecting the rapist over the victim harmed everyone -- most of all the victim, but also ultimately all of us in the PAUSD.

I am a baseball mom, and I can speak with certainty that this boy was known to have been a behavior problem for many years. This simply is not a secret. And also I speak with certainty that the high-integrity athletes -- which describes the vast majority of athletes in Palo Alto -- do not want this kind of bully and criminal on their team. I don't know whom the PAUSD thought they were protecting by keeping this kid around, but I honestly think that if the district would have asked the other kids -- both male and female -- whether they think the rapist should have been a part of their team and community, the children themselves would have answered NO. I wonder, were they asked?

Perhaps we can learn from this by listening to the kids more than we listen to the politicians. When there are so many hard-working, well-behaved students, we harm the students who do the right thing when we stand up for the students who do not. Our (law-abiding, ethical) children deserve better from the adults whose jobs are to protect them.


Report Objectionable Content
Email Town Square Moderator
19 people like this
Posted by Counsel
a resident of Old Palo Alto
on Aug 25, 2018 at 7:53 am

Counsel is a registered user.


Thank you, Rebecca Eisenberg, for your advice on legal matters that this district gravely needs.

If Dr. Austin is following this thread, I hope he will do a search on the district's legal matters over the past several year, and read the contributions by Rebecca Eisenberg. She represents the community's voice, and her legal expertise is invaluable. This district needs the courage of people like Rebecca to set the sail straight and stop the CYA culture - which have been hurting students and families for over a decade.

We as a community have not seen any positive change since Megan Farrel came on board - kids continue to get hurt and be victimized, lawsuits one after another.

Report Objectionable Content
Email Town Square Moderator
50 people like this
Posted by Paly father
a resident of Greenmeadow
on Aug 25, 2018 at 5:58 pm

Paly father is a registered user.


The entire PAUSD board involved in this fiasco needs to go home. When the scandal broke out last year, only one of them even bothered to respond to an inquiry I sent about the case, asking them just to confirm the basic facts exposed by KTVU - that a convicted sex offender was still attending Paly.

Elections are coming up in November. Board president Ken Dauber's term and board member Terry Godfrey's term are expiring. I don;t know if they plan to run again, but if they do - please do the responsible thing and vote them out of office. They are not worthy of the position.

Report Objectionable Content
Email Town Square Moderator
14 people like this
Posted by rsmithjr
a resident of Duveneck/St. Francis
on Aug 26, 2018 at 2:49 pm

rsmithjr is a registered user.


It is easy to see Principal Dorio as bearing responsibility for this, but the clear evidence is that district officials gave her instructions to handle the matter in the way that she did.

A number of people in the administration (some departed) as well as the board should be held accountable for this.


Report Objectionable Content
Email Town Square Moderator
27 people like this
Posted by Samuel L.
a resident of Duveneck/St. Francis
on Aug 26, 2018 at 4:37 pm


@Paly Father: Dauber is running again this election, Godfrey is not.

@rsmithjr: Diorio has MUCH responsibility for this. She was the principal (thankfully that's past tense). Yes the district screwed up, as well. But, if you read the Cozen report, Diorio's name is barely to be found. What does that tell you about how Diorio cared about her students or her leadership? When the story broke, she went on the Paly news show to say that the boy had not been charged with or convicted with assault on Paly campus. No, but he had been charged with a rape off campus and a Paly student reported that he also forced her to orally copulate him. Diorio defended his right to remain on campus.

After it came out, the district definitely worked their hardest to deflect responsibility to anywhere they could, as they always do. The board did the same.

Last week, I heard board members publicly apologize to neighbors of PAUSD schools for the placement of solar panels. I never heard any board member apologize to the girl that was assaulted and her family for how they have handled all of this.

PAUSD, Paly and PTSA leadership should all be ashamed and embarrassed as how they have responded to this. Add in to that the Paly teachers and staff that stood up at the board meeting to defend Diorio and mention how she's changed the culture at Paly. What a joke. I can remember Bloom, Diepenbrock and Benfield at least all get up and defend her. They all need to have a talk with the female student.

Paly Alum is a registered user.


This just feeds into the racism stereotype. Perhaps that's what Diorio was protecting, didn't want to be called a racist.

Report Objectionable Content
Email Town Square Moderator
5 people like this
Posted by Aletheia
a resident of Green Acres
on Aug 27, 2018 at 11:44 am

Aletheia is a registered user.


The cover-ups are still going on at Gunn and in the district. My daughter, a Gunn 2018 grad, was involved in a Title IX case during the 2017-2018 school year. When the report was finally done, 2 Gunn staff members and 2 students were found to have violated her Title IX rights. There has been NO punishment of any of the people involved and Kathie Laurence has continued to defend the 2 staff members, who are both still employed at Gunn. If you read the report in full it is amazing what these men did during the investigation with information about the case and you are sure they should be fired due to their treatment of girls at Gunn.....but no, they both still have their jobs and very few people know what they did.

As my husband said at one point, "short of bringing a gun to school and threatening people, it is next to impossible to get dangerous people removed from our schools. The rights of the perpetrators seem more important than the rights of the victims."

Elena Kadvany is a registered user.


To Former Gunn parent: My name is Elena Kadvany; I'm the Weekly's education reporter. Would you be willing to share more about your experience with the Title IX process in PAUSD? Please feel free to email me at ekadvany@paweekly.com. Thank you.

Lennie is a registered user.


Dear Paly Alum, can you explain your comment about the racism stereotype? I don't know what you are referring to.

Report Objectionable Content
Email Town Square Moderator
17 people like this
Posted by Facts and Figures
a resident of Duveneck/St. Francis
on Aug 28, 2018 at 1:51 pm

Facts and Figures is a registered user.


Dear Elena and Palo Alto Weekly,
Please consider the gravity of this issue when you make your endorsements for School Board. We need a Board which will lead with the transparency and value system that reflects the core education values of this community, which I think and hope are student safety and educational opportunity for everyone.
This District is not broken, but certain areas need to be fixed. The Board must be prepared to take on these areas of improvement.
Thank you for considering this.

Please Apply So We Can Reject You!
By John Raftrey and Lori McCormick | 6 comments | 2,710 views

City’s “priorities” have become meaningless – and a waste of time
By Diana Diamond | 12 comments | 1,430 views