Organization has worked with physicians and patients in 22 countries 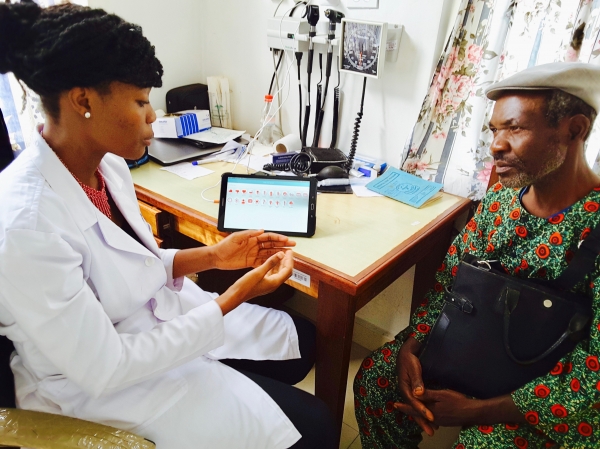 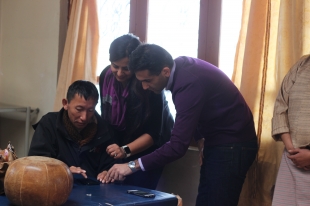 Physician Bhavya Rehani recalls meeting a patient in Nepal who, after suffering a stroke, struggled to speak. Rehani referred the man to an app with tools to deal with his speech difficulties, including labeled buttons that speak with an instruction when pressed. Rehani said that the patient's mood started to improve, as did his ability to talk. Soon, he was singing a Bollywood tune on a Skype call. The app that aided him was developed by the Palo Alto-based health education nonprofit Health4theWorld, which Rehani helped found.

"You know when a patient has lost hope, and we thought he was lost to us," Rehani said. "When we saw him with a smile and a completely different outlook, it made what we do worthwhile."

Rehani traces the guiding mission and values of Health4theWorld to her childhood in India, according to the Health4theWorld website. Her grandparents both suffered from cardiac disease and stroke, and because they lived in a rural village, they had inadequate access to medical care. This experience and her volunteer work in countries where similar gaps in care existed left Rehani with a question: What would help patients who require ongoing medical attention?

"A common need is that, when a patient goes to the hospital, they get the treatment they need. When they go home, there's no doctor, no nurse, no therapist," Rehani said.

Rehani met Bharija, to whom she is now married, while working at a medical camp. She met Dillon after joining the faculty at UCSF. Together, they founded Health4theWorld as the answer to Rehani's question.

Health4theWorld's mission is to provide educational resources for patients and physicians in rural areas so that patients' health does not deteriorate after they're released from the hospital. The nonprofit focuses on addressing the top 10 causes of morbidity and mortality worldwide.

Since the nonprofit launched and began work in Nepal, it has spread to 22 countries and helped 3,500 people. The nonprofit uses four types of technology to provide accessible health education: mobile apps, virtual reality, machine learning and online lectures.

With stroke as the organization's main priority, Health4theWorld's stroke app works in seven different languages for populations in countries like Tanzania and the Philippines, and it includes video exercises to help patients improve mobility. Another feature of the app is virtual reality, which people can access to immerse themselves in relaxing locations, such as a Buddhist monastery. Rehani said virtual reality stimulates the parts of the brain that are affected by stroke.

The nonprofit is also implementing a website chatbot that can answer physicians' questions, an example of machine learning.

The last approach, online lectures, has seen the most growth. Health4theWorld recruits medical educators from across the world to record lectures for rural physicians on topics ranging from cardiology to pulmonology. There are currently 132 free courses available on the Health4theWorld Academy website.

"Unlike going to a place (to lecture) and then leaving, one can educate patients and health care providers on a sustainable basis through these lectures," Dillon said.

Rehani added that the lectures have helped physicians to diagnose conditions they previously struggled to identify.

Bharija said their main goal is building a strong relationship with a local community member who wants to increase visibility for a medical issue and scaling their services based on that relationship. These advocates provide feedback on how to be culturally and linguistically sensitive to different populations. From there, the nonprofit will assess the needs of local physicians and help them integrate the four different technologies into their practices. Bharija said medical knowledge is more or less standard across countries, but there are factors that change how the nonprofit's work is implemented.

"When it comes to drugs and tests that are resource dependent, we have to have an open mindset about what is available," Bharija said.

All three co-founders credit their success to a volunteer team of 38, from medical illustrators in Europe to tech experts in Silicon Valley.

In May, the nonprofit received a Silver Stevie Award in the Tech Startup of the Year category from the Stevie Awards, sponsored by the American Business Awards. Winners include Apple, IBM and SAP. Bharija said the award was a great validation for the nonprofit and for the volunteer team.

Moving forward, they hope to raise funds and increase visibility for the nonprofit's work; currently, none of the founders takes a salary. Rehani said an advantage of the nonprofit is that it is small enough to spend a substantial amount of time in each location, and they hope to continue to do similar work in the years to come.

"You get true happiness in getting to help people across the world," Rehani said.

Great story, especially with regard to the non-profit's emphasis on cultural differences and local user focus. If we left it up to high tech companies, who are notoriously tone deaf to these issues, we would be buried under crap fit only for landfill. And that's where it belongs.
There's not an app for that.

These local restaurants are donating meals to Bay Area residents in need. Here's how to help.
By Elena Kadvany | 6 comments | 10,820 views

Coronavirus: Plan ahead now for a big outbreak
By Diana Diamond | 18 comments | 3,900 views

Will the Coronavirus Save Lives?
By Sherry Listgarten | 29 comments | 3,728 views